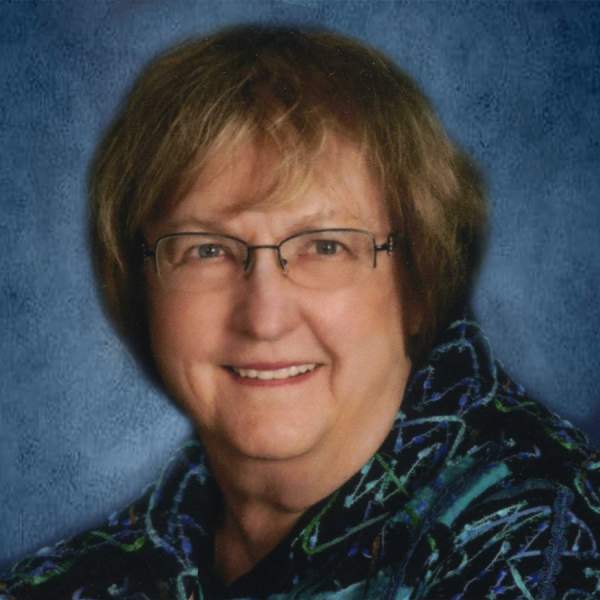 In light of the Coronavirus restrictions, Mary’s Funeral Mass will be limited to immediate family. Mary would want her friends and family to be safe during this time. When restrictions allow, a Memorial Mass and time for fellowship will be scheduled. A private live-streamed Funeral Mass will be held at Queen of Peace parish with Monsignor Richter officiating. To view the live-stream of Mary's Funeral Mass, please go to the Queen of Peace Catholic Church Facebook page at 2 p.m., Tuesday, April 14, 2020.

Mary Louise Irsfeld passed away on April 8, 2020 at the CHI St. Alexius Hospital in Dickinson, of complications from pneumonia. Mary Louise Skwiera was born on June 2, 1937 in Little Falls, MN. She grew up in Flensburg, MN, where her parents Steve and Irene (Wacholz) Skwiera ran the local grocery store. She attended school in Flensburg and completed her high school years at St. Francis High School in Little Falls. She then enrolled in school at the Breckenridge Hospital to become a medical record technician and she worked there following graduation. While at the hospital, she rented a basement apartment from a family down the street from the hospital. It was here she would meet the family’s young son, James Irsfeld, home on leave from the Army, whom she ultimately wed on June 17, 1961. They would eventually live in Fargo while
Jim attended NDSU School of Pharmacy and Mary worked at St. Angsgar’s Hospital in Moorhead. Upon Jim’s graduation in 1962, they moved to Jamestown, where Jim worked for White Drug and where their son Tom was born, upon which time Mary became a fulltime mom. In 1964, Jim was transferred by White Drug to Dickinson, and shortly after, they added another son, Steve. In 1966, they bought a house on 4th Avenue
West where they continued to live.

While her kids were in high school, Mary worked for the Stark County Extension Service where she was a 4-H leader and taught arts & crafts within the school system. In 1982, Jim opened Irsfeld Pharmacy and Mary helped out behind the counter and in the office until their son Steve took over in 1996.

Mary was a member of the Jaycees, Philanthropic Education Organization and the Equestrian Order of the Holy Sepulchre of Jerusalem. She was a volunteer for the blood bank, calling to get people to donate blood, earning her the nickname “Bloody Mary” and was a member of the Queen of Peace funeral luncheon team. She liked to be the boss and knew how to get things done.

Missing out on having any female children of her own, she was blessed with five granddaughters and she spared no expense in showering them with gifts and attention, often driving across the state simply to see a single piano recital or sporting event. Her grandkids said that going to Grandma Mary’s was like going to Disneyland.

Mary really loved to cook and made lots of cookies to distribute to Irsfeld Pharmacy customers, friends and relatives at Christmas time. In later years, she preferred to cook whatever her grandchildren wanted --- they all loved her spaghetti and meatballs. Nobody ever went hungry on her watch, as she was notorious for cooking too many sides and desserts. She owned almost every kitchen gadget invented. But most of all, she was a great entertainer and knew how to throw a fun party.

One of her hobbies was sewing – she sewed some of her own clothes for a while and attempted to sew clothes for her family, with mixed results. For a period of time, she enjoyed arts & crafts, anything from macramé to ceramics to quilting. She played cards of almost any kind, and was a member of several bridge clubs. She was a sports fanatic and loved to watch sports on TV or in person. In addition to watching her kids, nieces, nephews and grandchildren in sports, she could be found watching any style of sports on TV, from the Olympics to golf and tennis to March Madness, and especially NDSU football.

Mary is survived by her loving husband Jim; her sons Tom (Beth) Irsfeld of Fargo and Steve (Carolyn) Irsfeld of Dickinson, and her granddaughters Meredith (Ryan) Schroeder, Molly Irsfeld, Andrea (Mike) Jones, Emily (Nic Betteni) Irsfeld and Grace Irsfeld. She is also survived by her sister Lorraine (Chuck) Gress of McMinnville, OR and her brother John (Ann) Skwiera of San Angelo, TX, as well as her many friends and relatives.

She was preceded in death by her parents, Steve and Irene Skwiera.

In Lieu of Flowers, memorials can be made to the Arthritis National Research Foundation, Dickinson Catholic Schools, or the Queen of Peace Funeral Circle Ladies.
To order memorial trees or send flowers to the family in memory of Mary Irsfeld, please visit our flower store.