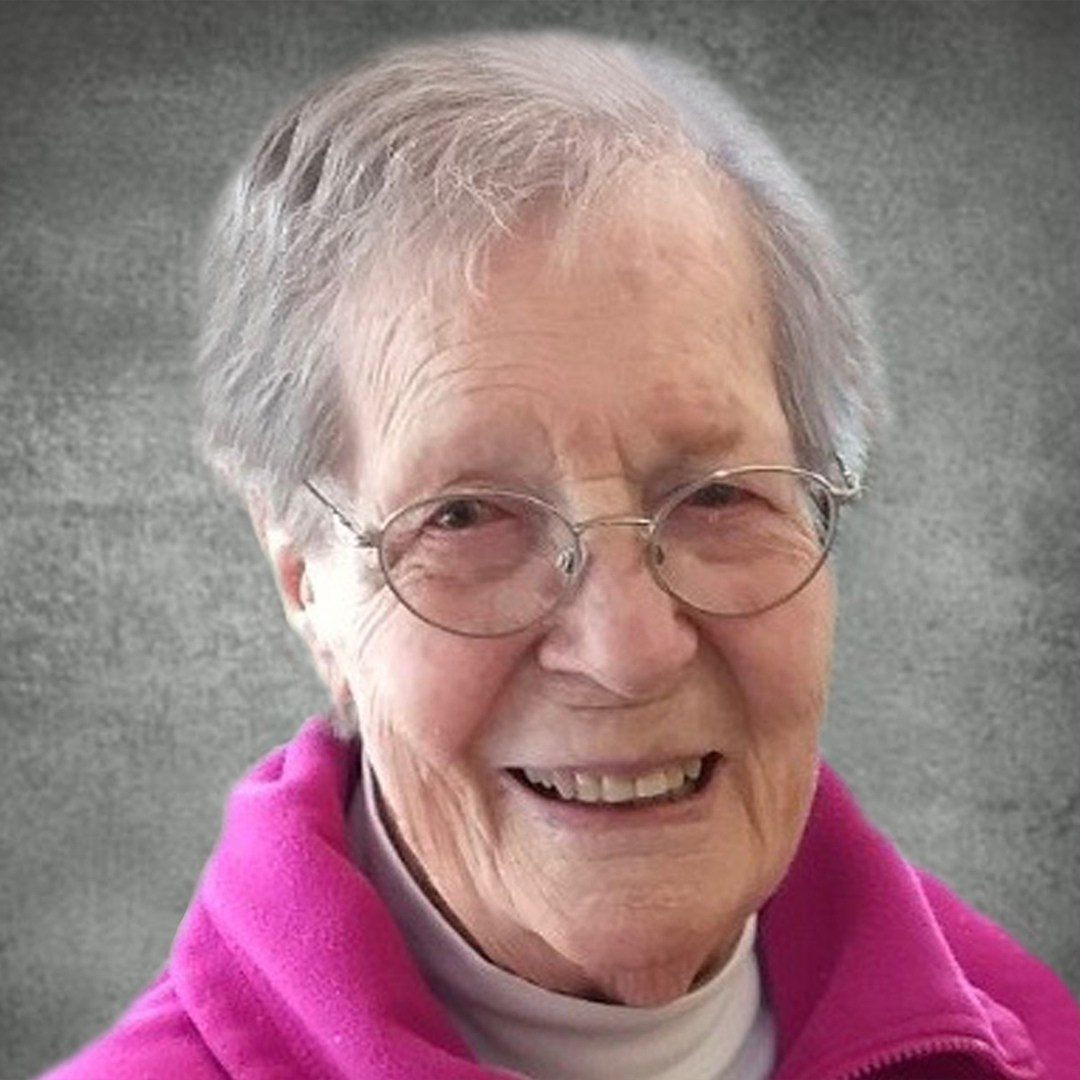 A Funeral Mass for Mary J. Mann, 101, of Dickinson, will be 10:00 a.m., Friday, June 8, 2018 at St. Patrick’s Catholic Church with Father Todd Kreitinger celebrating. Burial will follow in Dickinson Cemetery.


Mary passed away May 30, 2018, at St. Vincent’s Care Center in Bismarck surrounded by her family.


Mary was born July 16, 1916 in McKenzie County, Croff, ND, to Vincent and Annie (Breker) Wherley. She was fifth-born of 10 children in this German/Irish Catholic farm family.  Mary graduated from Williams Consolidated High School, a four-year country high school.  After working outside the home for neighbors, Mary decided to get more education in Fargo. She borrowed tuition money and worked as an elderly woman’s companion for her room and board. When she finished beauty school, she worked as a beautician in Dickinson, living with her Aunt Mary Wherley Mullaney. She soon met a warm and energetic suitor, entrepreneur Kenneth P. Mann, whom she married in 1937.  Together with other family members and valued employees, they built the Mann’s Automotive Supply business with branch stores throughout western North Dakota.  They were married just short of 70 years when Kenny died in 2007. Both were boosters of Dickinson and never seriously considered living elsewhere.  In 2006 they were cited with a philanthropy award and honored for their generosity to so many area entities including St. Benedict’s Home, St. Patrick’s Church, Theodore Roosevelt Medora Foundation, Home on the Range for Boys, Badlands Ministry Bible Camp, State Historical Society of North Dakota, the DSU Foundation, and the Benedictine Sisters of Bismarck, Richardton and St. Joseph, Minn.  In 2016, Mary was honored and featured in several publications for her 72-year membership and service to the Catholic Daughters of Dickinson.  Part of that time she served as a Junior Catholic Daughter leader.  For more than 80 years, Mary has been a communicant at St. Patrick’s Church in Dickinson where she was married and where all of her daughters were baptized, confirmed and married. She also served on the Stark County Welfare Board and volunteered at St. Joseph’s Hospital.


Demure and dignified, Mary was a Great Lady to her family.  She deserved an A+ in home management having an orderly, clean home that also was welcoming and warm. She loved working in her flower beds and seeing all the wildlife that also called her home theirs.  Favorite family jaunts were to her McKenzie County badlands, the “breaks,” for chokecherry picking and to Medora before and after it became a tourist attraction.  She also enjoyed trips to Las Vegas and her beloved Black Hills of South Dakota.


She redecorated, remodeled, built several homes and was always a gracious and thoughtful hostess to family and friends from near and far. In early years, each Sunday evening she would have the Minneapolis Sunday Tribune laid out on the floor where she would peruse the “house plan of the week” published there.


Always gracious, Mary loved to share her baking and her beautiful homes.  Her banana bread and caramel rolls greeted every expected visitor; her lebkuchen, springerle, almond roca, and Boska evoke shared holiday memories. Charming and beautiful, she dressed well and carefully-her hems and pressed pants were just right. She had Irish good looks and a cunning wit, too, displaying unconditional support for her kids and grandkids.  She also provided lodging for several old friends who came to study at Dickinson State during the summers. Mary lived the adage, “If you can’t say anything good about someone, don’t say anything at all.”  Her children felt a little deprived because they never heard any local gossip at home-it wasn’t allowed.


Mary, a strong natural athlete, took up golf at age 50 and won the first Grandmother Tournament at the Dickinson Country Club.  She played in the state women’s tournament several times as well.


The family thanks the generous caregivers who made it possible for Mary to stay in her own home until her 100th birthday. After that, the delightful folks at Country House in Dickinson brought out her fun side. Thank you, too, to the compassionate staff of St. Vincent’s who saw her through her final days. Rather than flowers, the family suggests charitable donations in her memory.