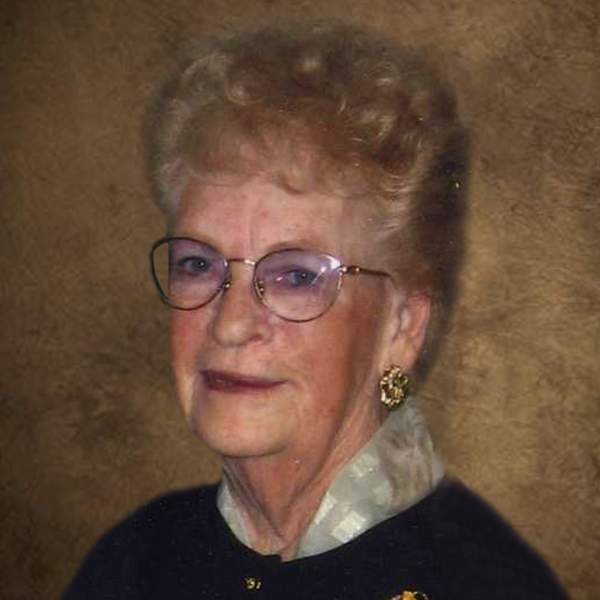 
Mary was born July 30, 1926 in Fargo, ND, to John and Cecilia (Murphy) Mack. Due to the depression and conditions of a broken marriage, the family became scattered to different family members and Mary was placed in an orphanage in MN. When the family received word of this, they immediately got permission to have her released. After all the necessary adoption papers were completed Mary, at the age of 7, became a true member of the James and Martha Murphy Family and moved to Baker, MT. She attended school in Baker graduating from Baker High School. After she graduated she went on to attend nursing school. Mary met Earl Stark Jr. of Carlyle, and the two were united in marriage on January 13, 1946 in Baker, MT. To this union three children were born: Rick, Shari, and Gini. Together they raised their children on the family ranch North of Baker. After Earl’s passing on July 16, 1960, Mary moved to town and began working at Baker National Bank. Mary later married Wayne “Pork” Stark on August 11, 1962 in Baker, MT. Mary and her children lived in Baker until 1966 where she continued working at the bank. Following her retirement, they moved back to the farm.  Due to failing health, they later moved back into town. Mary spent the last eight years of her life at Superior Care Villa.


Mary was a charter member of the Baker Cowbells and was a very active member throughout the years. She enjoyed feeding the birds and squirrels and doing word searches. Mary had a love for art, as she was often found painting or sketching. She especially loved and cherished her grandkids, great-grandkids, and great-great-grandkids.