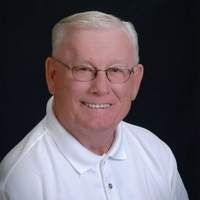 Visitation for Maynard Keller will take place at Stevenson Funeral Home in Dickinson, ND on Monday, June 14, 2021 from 1:00 to 3:00 p.m., with a rosary being said at 3:00 p.m. Burial will follow at St. Mary Cemetery in Richardton, ND.

Maynard J. Keller, 78, of Machesney Park, IL, passed away on his mother’s birthday, Tuesday, September 22, 2020, in his home surrounded by the love of his family.

Maynard was a member of St. Bridget Catholic Church and the Knights of Columbus. He was a registered official for IHSA for 54 years, touching the lives of athletes all over the Rockford area. Officiating softball, baseball, and basketball was his true passion.

He was proud of his Chevy Bel Air and Dodge Dakota, both known as the “Blue Angel.” Maynard was a diehard Chicago Bear and Chicago Cubs fan, and an avid card player. He was always full of stories and brought life to any room.

He was preceded in death by his parents, and his brother, Ken Keller.

The family wishes to thank Darwin and Will – fellow officials for their outpouring of support. They would also like to thank the staff at OSF hospice.
To order memorial trees or send flowers to the family in memory of Maynard Keller, please visit our flower store.