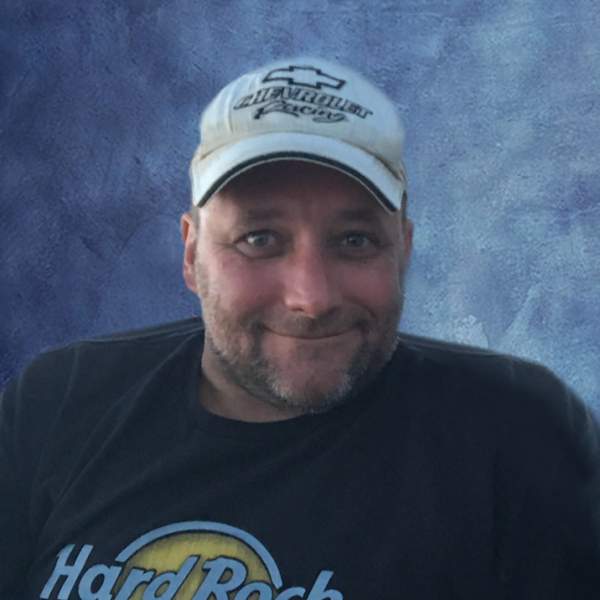 Visitation for Michael will be 3:00 – 8:00 pm on Wednesday July 8th with a rosary and vigil service being held at Stevenson Funeral Home at 7:00 pm.

Michael was taken from us too soon due to a brain aneurysm on Saturday, July 4, 2020 at Sanford Health, Fargo.

Michael James was born in Dickinson on January 20, 1972, the son of Ludwig and Edith (Dvorak) Meduna. Growing up, he attended St. Wenceslaus grade school, Hagen Junior High and graduated in 1991 from Dickinson High School. Michael then pursued a degree in welding with Bismarck State College. His first job in the welding field began in Winsted, Minnesota. He returned to Dickinson in 1994 and started his career as a welder with Steffes Manufacturing, where he was currently employed. Michael married Stephanie Wax on June 29, 1996 at St. Wenceslaus Church. Their marriage was blessed with two children who they raised together in Dickinson.

Michael cherished his time with his granddaughter, Journey, and was so proud of teaching her how to say “Happy Meal.” Michael enjoyed camping, jet skiing, and spending time with his “lake family” at Lake Tschida. Michael had a fondness for his dog ‘Frankie.’ He loved to drive around and would often be gone for hours at a time. He also loved to vacation with family and friends which created so many great memories. Michael always had a smile on his face and loved to play shenanigans on others. He will be dearly missed by all who knew him. He was a member of St. Wenceslaus Catholic Church.

He was preceded in death his father, Ludwig Meduna; brother-in-law, Steven Wax.
To order memorial trees or send flowers to the family in memory of Michael Meduna, please visit our flower store.