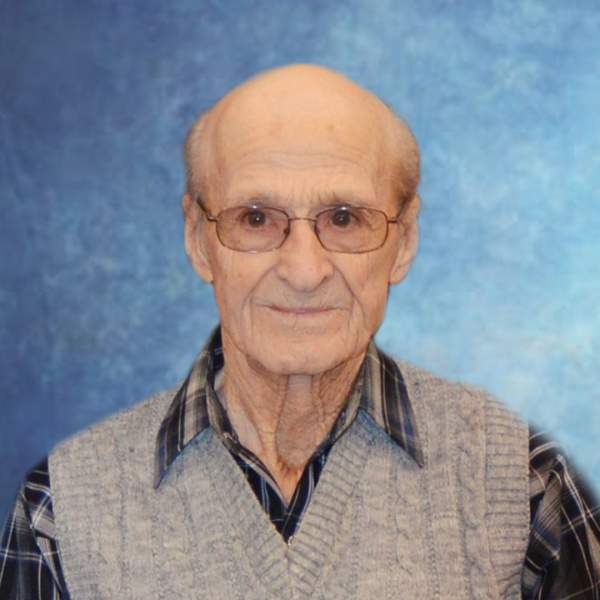 Funeral Mass for Modest Ficek, 84 of Dickinson will be 9:30 am, Tuesday, January 7, 2020 at St. Wenceslaus Catholic Church with Father Jordan Dosch celebrating. Burial will follow in the church cemetery.

Visitation for Modest will 3:00 pm – 7:00 pm, Monday, January 6th at Stevenson Funeral Home with a rosary and vigil service being held at 6:00 pm.

Modest passed away at his home in Dickinson on Tuesday, December 31, 2019.

Modest was born in Dickinson on November 4, 1935, the son to Isadore and Tillie (Kadrmas) Ficek. He grew up on the family farm near Manning and attended country school at Iota #5 and later in New Hradec through the eighth grade. He continued to help on the family farm. Modest met Rose Mary Evinger and they were married at St. Phillips Catholic Church in Hirschville on October 8, 1956. They made their home on the family farm where they also raised their three children. Alongside the farm, Modest was an accomplished carpenter. His skills were used in building homes and sharing his helpful talent of building with countless family, neighbors and friends. Modest and Rose Mary moved to Dickinson in 1979. Modest continued to do carpentry work and enjoyed making trips out to the farm to help out. Fishing with his neighbors was a favorite pastime. Modest’s coffee group was very dear to him. He enjoyed time with them at Country Kitchen and most recently at Country Rose Café with Darrell and Rosemary Smebakken and Al Molsom. When Country Rose was closed, they made Dakota Diner the coffee spot. It became a daily ritual, watching over each other and adding smiles to each day.

Modest loved playing the accordion and drums with various bands and he sang with the Dakota Czech Heritage Group. Modest loved spending time with his family, especially his grandchildren and great-grandchildren that he adored.

He was preceded in death by his parents, Isadore and Tillie Ficek; wife, Rose Mary Ficek (2014); sister, Grace (George) Hondl; brother-in-law, Art Kostelecky.
To order memorial trees or send flowers to the family in memory of Modest Ficek, please visit our flower store.