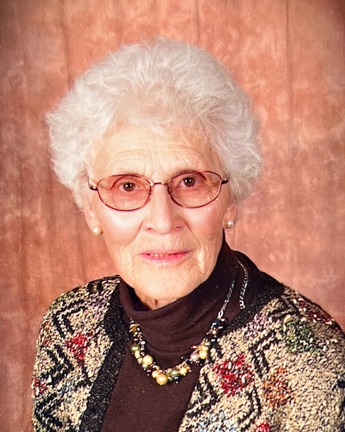 Celebration of life services for Noralla Thomas, 88, will be on Friday, November 4th, at the Alzada Community Hall at 11am, with a catered lunch to follow. Visitation will be 1 hour prior to services. Inurnment will be at the Alzada Cemetery.

Noralla Bea Edwards Thomas was born on Nov. 10th, 1933 in Ekalaka, MT to John and Florabel Harkins Wash.  Noralla suffered a broken hip and passed away at the Dahl Memorial Healthcare on Oct 27th.

When Noralla was 3 weeks old her father died from a logging accident. In 1935, her mother married Charles (Pod) Wash . Pod raised her as his own and he and Florabel had 4 more sons, Harlen, Glenn, Mick, and Warren. They ranched in the Chalk Buttes area where Noralla developed a love for cats, dogs, chickens, sheep, and horses. In 1940 the family moved to Grants Pass, OR, where Noralla started school. A year later they moved back to the Chalk Buttes. Noralla spent many adventurous summers herding sheep on Cabin Creek, with her brothers, especially Glenn.   Noralla went to a rural school for a couple years and then attended school in Ekalaka and graduated from Carter County High School with the class 1952. She briefly lived in Billings and attended Eastern College before answering an ad to finish out the school year teaching in Harlowton.  She then got a job teaching in Harding County, SD at the Jupiter School.

In 1955, Noralla married Albert Lee Thomas and joined him on the ranch, where they built a home. They raised and showed Appaloosa horses in their spare time. Noralla was secretary of the SD Appaloosa Horse Assoc. in the summers when she wasn’t taking a class to renew her teaching certification, you would find her in the baler or later, on her 4-wheeler with her dogs.

Noralla returned to teaching in 1967 at the Camp’s Pass school in Powder River County. She continued teaching rural schools at Alzada, Robinson, Albion, Sand Butte, and Johnston Schools. For years she attended college during the summer and took night classes, finally receiving her degree from Black Hills State College in 1971.  While teaching, she was a big advocate of spelling and geography bees, science fairs, track meets, and the Academic Olympics and the great Christmas programs. She was also a firm believer in physical activity and when teaching in communities with halls, used them almost daily when the weather got colder, with roller skating, basketball, and hockey. She retired from teaching in 1998.  She was awarded the Carter County Chamber of Commerce Educator of the Year award in 1992 , she also received the award for Outstanding Conservation Teacher in 1988 by the Carter County Conservation district.   Noralla applied for and received a scholarship through Montana State University to spend a summer on a dinosaur dig in Choteau with the author and collaborators of the Jurassic Park book/movie. She also applied for a scholarship for the Albion and Plainview Schools to attend Yelllowstone National Park science lab. This was given to only a few schools nationwide and Albion/Plainview was one of the ones chosen. Unfortunately the Yellowstone fires did not allow the trip to happen.

Noralla served on the Ekalaka School Board for 20 years retiring in 2008.  Being in 4-H as a youth, she stressed 4-H in her kids and grandkids and was a leader for over 30 years. She was known to help kids with their record books in school. Noralla looked forward to going to Helena in June to help with the Girls State Program. She was also a member of the Albion 400 Extension Club. Her favorite sport was basketball and she enjoyed playing on the Alzada Ladies basketball team and later watching high schools games, her grandkids games for sure, but also at the schools Tara worked at.

Noralla was preceded in death by her parents; husband of 45 years, Lee; and brother, Glenn.

Should friends desire, memorials can be made to the Alzada Community Club or a charity of their choice.