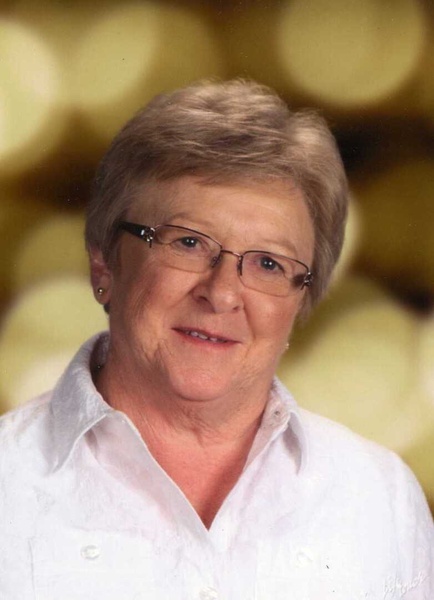 Due to the recent outbreak of the Coronavirus, public officials have strongly recommended to keep Pauline's funeral Mass to immediate family only. Pauline would have wanted her friends to be in a safe environment during this time of uncertainty. Her family understands and appreciates your thoughts and prayers. There will be a public celebration of life scheduled at a later date.


Pauline passed away Monday, March 23, 2020 at CHI St. Alexius Bismarck.
Pauline was born November 14, 1944 in Bismarck, the daughter of Valentine and Elizabeth (Jantzer) Schafer. Growing up she attended school in Mandan and graduated in 1962. Following high school she worked as a secretary for Twin City Testing and Engineering. Pauline married Arthur Hellman on November 28, 1969 in Mandan and together they operated a third generation dairy business. It was there that they were blessed with six children. Pauline also worked for ten years as a Paraprofessional at the Glen Ullin High School, as a clerk for Glen Ullin Super Valu for six years and as secretary for Farmers Union Insurance for six years. She was active in her church community, serving as President of Christian Mothers at St. Joseph Church in Grant County. Pauline enjoyed camping -alot and often- and she loved trying new recipes and making German dishes. However, there was nothing she enjoyed more than being surrounded by her family in her kitchen and entertaining guests. She had a unique ability to connect with everyone she met, and will be dearly missed by all.