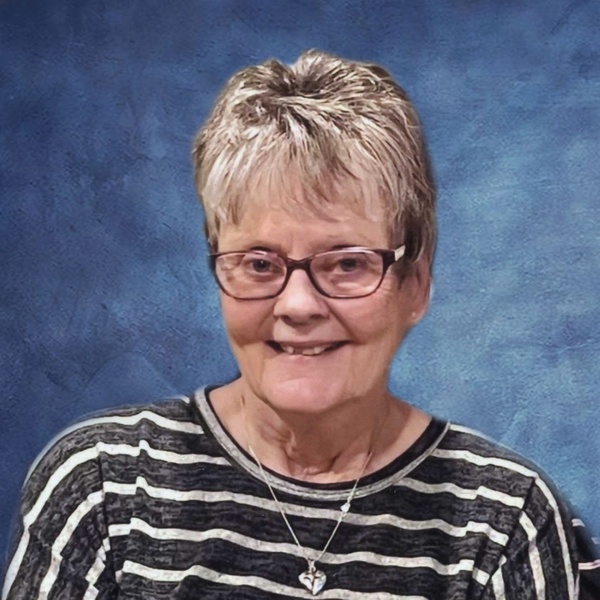 A funeral service for Peggy Maeyaert, 69, of Dickinson, will be 10:00 a.m., Thursday, May 20, 2021 at St. John Lutheran Church in Dickinson with Pastor Joe Natwick officiating. In accordance with Peggy’s wishes cremation will take place. Burial will take place in the Dickinson Cemetery.

For those unable to attend, Peggy’s service will be livestreamed on the Stevenson Funeral Home website. The livestream will be available under Peggy’s obituary 15 minutes before the service.

Peggy passed away Saturday, May 15, 2021 at her home in Dickinson with her husband and best friend, Tina by her side.

Peggy Lynn (Holm) Maeyaert was born on July 24, 1951 in Sioux Falls, SD, the daughter of Ben and Delores (Koppien) Holm. She was baptized at Eastside Lutheran Church in Sioux Falls, South Dakota. Peggy was raised in Marshall, MN where she was confirmed at First Lutheran Church and graduated from Marshall High School in 1969. In 1970, she placed a little girl for adoption and was later reunited with her in 1992. Peggy met Robert Maeyaert in 1972 and they were married February 9, 1974 at First Lutheran Church in Marshall, MN. After living in Minneapolis for 4 ½ years, they moved to Dickinson ND where they made their home, raising two children and working various jobs. Peggy volunteered as Sunday school teacher, worked with the alter guild, the funeral committee and also volunteered on the hospital auxiliary. She enjoyed trying crafty projects and making cards and sending them. Peggy enjoyed the WRCC where she and Bob would go early in the morning to exercise but the best part was the conversation and coffee with their friends afterward. In the early 90’s, she led the 20th Century Disciples Puppet Troop. Peggy enjoyed her bible studies with Bob and the conversations it led to, she held onto a very strong faith. She loved her children and grandchildren and watching them grow in to kind, loving and faith filled individuals.

She was preceded in death by her parents, Ben and Delores Holm; and maternal and paternal grandparents; sister, Nancy and brother-in-law Gail Schipansky.

In lieu of flowers, family suggests donations be made to Heartland Hospice, CountryHouse Residence, or St. John Lutheran Church.
To order memorial trees or send flowers to the family in memory of Peggy Maeyaert, please visit our flower store.