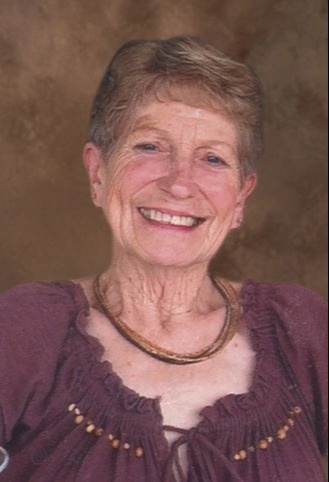 Visitation for Peggy Ann Rixen-Kuntz, 92, of Dickinson, will be 11:00 a.m. – 2:00 p.m., Friday, October 21, 2022 at Stevenson Funeral Home. “Celebration of Peggy” begins at 2:00 p.m., continuing with inurnment at Stevenson Funeral Home Legacy Garden. Social and time of sharing will continue after inurnment in the Fellowship Room followed by dinner.

Peggy was born on Sept. 7, 1930 in Osakis, MN, the daughter to James and Hazel (Fraser) Black, and sister to her only brother, Jim. They lived in the Osakis, MN area for 4 years until moving to Lehigh, ND and then to New England, ND where her dad owned and operated a machine shop. Peggy attended school in New England for grades 1-5, then in 1941 the family moved to Portland, OR where she completed grade school and graduated from Lebanon High School in 1948. In high school, Peggy was active in choir, music, and was the editor of the school newspaper, the Lebanon Hilites. After graduating, Peggy became a telephone operator (when they still had such a thing!) for the Linn County Telephone Company. In 1949, Peggy moved to Dickinson, ND where she continued her work as a telephone operator. It was in Dickinson where she met the love of her life, “Joe” Eugene Kuntz. Joe and Peggy married in 1953 and went on to have 5 children, Tammy, Bryon, Michael, Joel, and “Baby Mike.” The family lost Michael at the age of 18 months and “Baby Mike” at birth. In 1962, Peggy began her career at Greene Drug and Gift in Dickinson. She eventually became a pharmacy tech and retired from Greene Drug in 2012 after 42 years. Peggy always cherished her time at “Greene’s” because she so enjoyed working with the public! She was also very fond of her bosses there; Ansel Suckerman, who hired her and eventually Dwight Mundy who bought the store. Peggy was an avid and enthusiastic supporter of the Trinity Titans throughout her children’s high school years. She rarely missed a football game or any event her children were involved in. She often drove carloads of kids to their away games. Through her work at Greene Drug, she met Lynn Rixen. They dated and eventually married in 1987. In marrying Lynn, Peggy was blessed with a large extended family and an introduction to farm and ranch life. Lynn had 10 children which has grown to a wonderful family of 16 grandchildren and 18 great-grandchildren. The Rixen family has brought an abundance of love and friendship to Peggy’s life over the years. In 2000, Peggy started a second career at the Dickinson Convention & Visitor’s Bureau where she became the face of ND in Dickinson. She loved her work at the CVB and her working relationship with the crew and Director, Terri Thiel.  In 2012, Peggy was awarded the North Dakota Tourism Award for Heritage Front Line Employee.  Peggy retired from the CVB in 2021 after 21 years. During Peggy’s lifetime she spent 73 years doing what she loved, working with people!  She felt truly blessed as were the many people she encountered and worked with. It was not uncommon for Peggy to meet a person in need and take them home, loan her car to a total stranger, or meet someone in a rest area down on their luck and needing help. Peggy was always there! Peggy had an independent streak that would do any patriot proud. She always attributed that to her old friend, Kolbjorn Bye. Peggy loved people, especially “Salt of the Earth” people. You couldn’t find a better friend!

In lieu of flowers the family suggests donations to Oreo’s Animal Rescue. https://oreosrescue.org/

To order memorial trees or send flowers to the family in memory of Peggy Rixen-Kuntz, please visit our flower store.