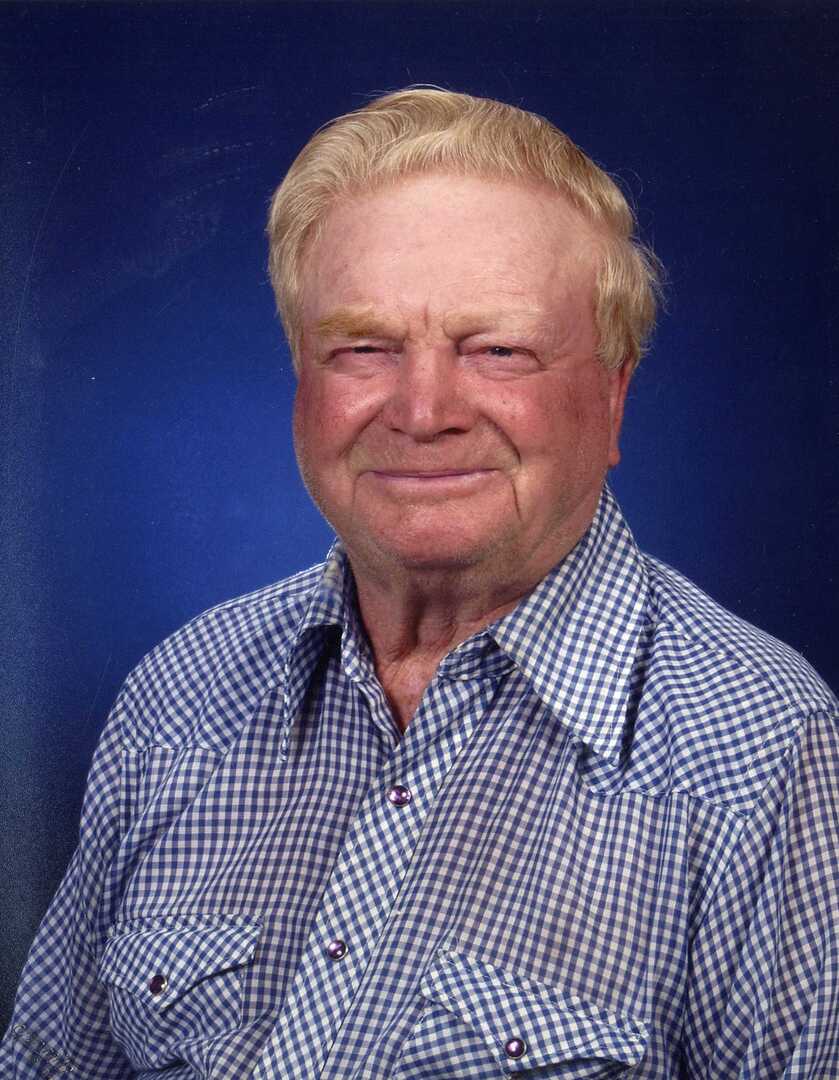 Peter Berger was born on January 12, 1930, to Jacob and Elizabeth (Jantzer) Berger south of Hebron on a farmstead located by the Heart River. Over the course of 90 years, Pete continued to raise cattle and farm the land on which he was born and raised. Pete took great pride in being a farmer, and his farm equipment and farm attested to that.

Pete’s love of animals was evident in his horses, his pet calves, his many spoiled cats, and Brownie, his cattle dog. Riding horses was also a part of farm life and entertainment on the farm as evidenced by the many pictures of Pete and his brothers having the Berger version of a rodeo.

Pete enjoyed playing the guitar and harmonica, and if there was a dance, he was in constant motion dancing waltzes, polkas, and schottisches. Pete was always on the move, on the dance floor and off which is most likely why he liked attending lots and lots of auction sales. Pete always liked a good bargain!

If Pete wasn’t dancing, he was most often visiting with anyone and everyone because Pete never met a stranger. If visiting wasn’t enough, he was more than happy to argue, and according to Pete, he never lost an argument! Not surprisingly during a Bingo game at Marian Manor, Pete was asked to leave because he was talking too much! A “quick” trip to the store was more like a marathon because Pete spent so much time talking to everyone about anything and everything! When surprised by some bit of information, Pete would often respond, “What da’ heck!”

Family was one of the most important things in Pete’s life, and Pete was surrounded most weekends, holidays, and summers with nieces and nephews, who he cherished like they were his own children. Pete also cared for his mother even when she became frail. Pete had a passion for Pinochle, and he never passed up an opportunity to play a game with family and friends. These Pinochle tournaments were more like an Olympic event for Pete.

The family wishes to thank the staff at Marian Manor Healthcare in Glen Ullin for their compassionate care of Pete, and to the staff at Dakota Community Bank in Hebron for their constant helpfulness and treating him with patience and understanding.

Pete departed this life on September 13, 2020, due to complications related to COVID and was preceded in death by his parents, five brothers, four sisters, eight brothers-in-law, four sisters-in-law, and numerous nieces and nephews.

Left to share the memories of Pete are his two sisters, Catherine Kearnes and Josephine Kuntz; his two sisters-in-law, Florence (Paul) Berger and Florence (Joe) Berger; numerous nieces and nephews; and special friends and neighbors, Denis and Sarah Tibor.

Since Pete was an avid animal lover, in lieu of flowers, donations may be made to animal causes such as animal shelters, humane societies, horse rescue, etc.
To order memorial trees or send flowers to the family in memory of Peter Berger, please visit our flower store.
Send a Sympathy Card