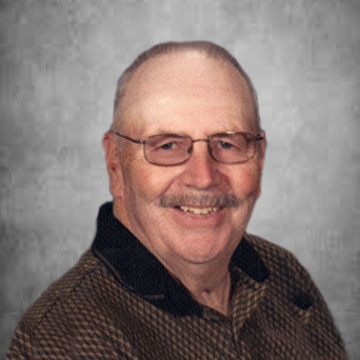 Funeral service for Ralph Howard, 74, of Dunn Center, will be 11:00 am, Monday, December 28, 2020 at Normanna Lutheran Church in Dunn Center with Pastor Dorothy Stein officiating. Military rites by Ezra Barrows Post #46 in Killdeer. Burial will follow in Oakdale cemetery.

Visitation for Ralph will be 4:00 – 6:00 pm, Sunday, December 27th at Stevenson Funeral Home in Killdeer with a prayer service being held at 5:00 pm.

For those attending, please adhere to social distancing guidelines provided by the CDC and ND Department of Health. To view the live webcast of Ralph’s funeral service, please go to Stevenson Funeral Home website, click on Ralph’s photo, select photos and videos. The livestream will be active 15 minutes before the service.
Ralph passed away Friday, December 11, 2020 at St Alexius, Bismarck just a few days shy of his 75th birthday.

Ralph Jesse was born in Killdeer on December 14, 1945, the son of Harold Louis and Emma Verne (Davis) Howard. As a young boy growing up on the family farm north of Dunn Center, he attended country schools and then high school in Stanley and Dunn Center. Following his schooling, Ralph enlisted with the US Navy. While serving his country, he met Patricia Hohman in Los Angeles, CA. Ralph and Patricia were married on February 21, 1969 in CA. Following his honorable discharge from the Navy, the couple returned to Dunn Center and settled on the Howard family farm. They were blessed to raise their family of three sons, Duane, Darrell, and Douglas, in the country. Ralph was a farmer through and through and loved every aspect of farming. He was a very progressive farmer, always interested and willing to try new ideas including crops and machinery. They also ran cattle and were quite proud of the Black Angus herd they developed over several years. The two factors Ralph was proud of was the docility of his herd and the genetics behind them. Ralph enjoyed playing cards, going to auction sales, boating and water sports with his sons and their friends. He was quite the visitor and could talk your ear off. He was especially proud of all his children and grandchildren. Ralph was an involved man in many organizations, serving as a lifetime member of the American Legion where he served as Commander and held other offices, a member of ND Stockman’s Association for 44 years, lifetime member of the Eagles, lifetime member of the Dickinson Elks Lodge, Normanna Lutheran Church where he served several roles on the church council, and assisted with the Killdeer Ambulance for over 15 years. He will be missed by all who knew him.

He was preceded in death by his parents, Harold and Verne Howard; two grandchildren, Ben Jesse, Kelsey Charlene; nephew, Barry Howard.
To order memorial trees or send flowers to the family in memory of Ralph Howard, please visit our flower store.