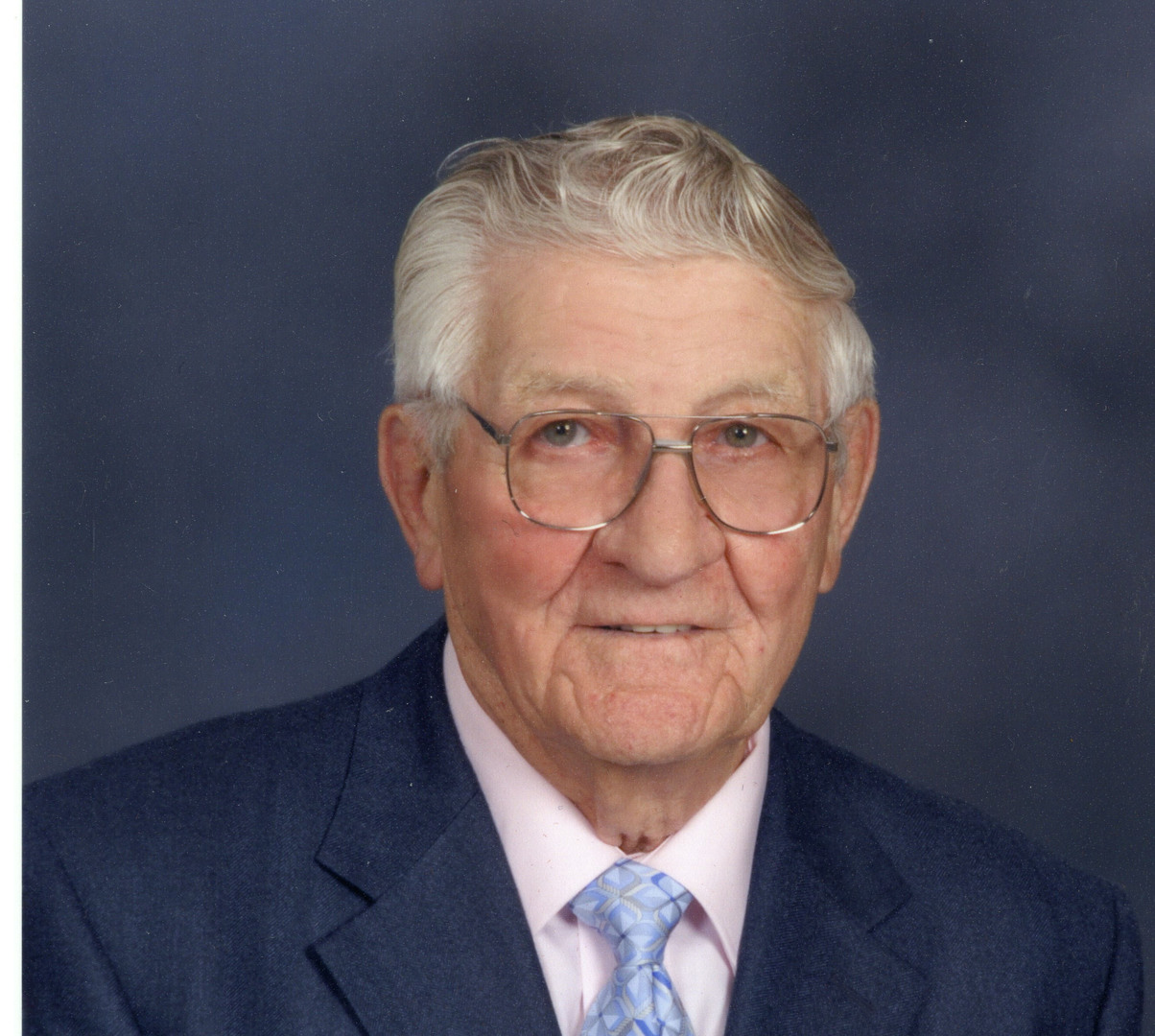 A funeral Mass for Ralph Messer, 93, of Richardton will be held at 9:30 am, Thursday, December 27, 2018 at St. Mary’s Catholic Church in Richardton with Father Thomas Wordekemper celebrating.  Military Rites will be conducted by the Theo R. Zech Post #180 of Richardton. Burial will take place in St. Mary’s Cemetery.

Visitation for Ralph will be from 1:00 pm – 7:00 pm, Wednesday, December 26, 2018 at Stevenson Funeral Home with a rosary and vigil service being held at 6:00 p.m. Visitation will continue on Thursday at St. Mary’s Church one hour prior to the service.

Ralph John Messer went to be with Our Lord, on December 21, 2018, surrounded by his family. Ralph was a loving brother, husband, father, grandfather and great-grandfather.

Ralph was born south of Antelope, North Dakota on April 18, 1925, to Phillip and Barbara (Martin) Messer.  Ralph was the fifth of 11 siblings and the oldest son.  He spent his youth on the family farm where his mother was raised, and his father and mother had purchased. Ralph was proud to be the “big brother” to all his siblings. He attended Heart River School District #1, completing the 8th grade.

Ralph enlisted in the U.S. Army in 1945 and served as a military police officer during World War II. After his discharge, he returned home to help on the family farm.  On June 28, 1949, he married Beatrice Mary Elkin. While Ralph and Beatrice were starting their own family farm operation, he also worked for the Stark County Road Department.  In 1956, Ralph’s entrepreneurial talents lead him to start a successful business partnership, Richardton Farm Equipment.  His mechanical ability and engaging personality were the perfect combination that drew out the trust, confidence, and comradery of the farming community. The “John Deere Shop” was the place to go for agricultural equipment, parts, service and a little “BS.”  In 1972, he put together another business group that purchased Richardton Manufacturing, home of their famous “dump wagons.” Ralph’s devotion to his trades equated to many hours of travel and road time servicing the needs of farmers and ranchers throughout the area.

Despite his many business obligations, Ralph never stopped spending fun times with his children at “Mossett Bay” or simply, “The Lake,” creating invaluable memories for his children, grandchildren, friends, and extended family alike.  A classic entertainer, the crowd would gather around Ralph as the source of jokes and stories for all to enjoy.  His time spent fishing, storytelling, and sharing a cold beer will always be remembered.  Ralph could find common ground in any person and his charisma naturally attracted people to him.

Ralph and Beatrice loved traveling across the country.  He knew the best routes to anywhere and would eagerly council anyone who asked the best way from here to there. They faithfully followed their children and grandchildren in all their activities, events and adventures.

Ralph loved sports, especially football, basketball, boxing and bowling.  He had a passion for his beloved Boston Red Sox and Notre Dame Fighting Irish. He also enjoyed the political arena and he was more than happy to engage in conversation relating to the days’ current events.

Ralph was a member of the St Mary’s Catholic Church, St Anthony Club, American Legion, Knights of Columbus and the Elks.

In lieu of flowers, the family requests memorials be directed to the St. Mary’s Cemetery in Richardton.
To order memorial trees or send flowers to the family in memory of Ralph Messer, please visit our flower store.
Send a Sympathy Card