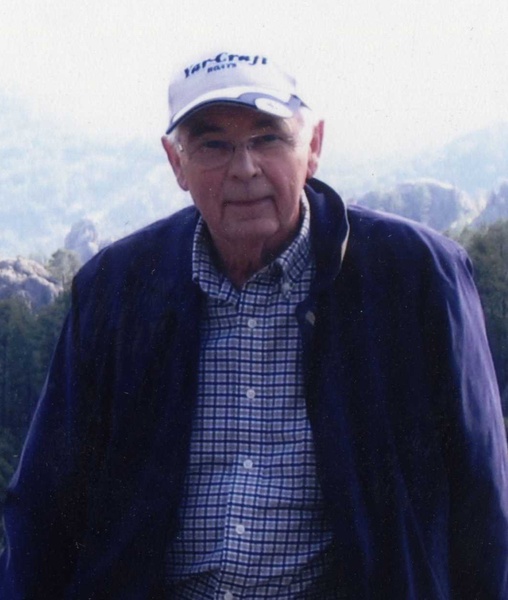 Raymond passed away Thursday, January 6, 2022 surrounded by his family at his residence.

Raymond C. Dukart was born January 5, 1942 to Philip and Margaret (Dolechek) Dukart. He was born in Dickinson ND and grew up on the family farm north of Sheffield ND. He attended school at Sheffield and graduated from Dickinson High School in the GED program. On October 8th, 1962 he was joined in marriage to Emily Nuss; they were blessed with two children, Brenda and Allen. Emily passed away from cancer in March of 1985. Ray worked as a service technician starting at Slope LMP, later known as Letvin’s Farm Equipment from 1962 to 1974. He then went to work for Pete’s Auto and Implement from 1974 to 1978. When Pete’s Auto closed he went to work for Knopik Diesel until 1981. Ray became a third partner with Ron and Tim Privratsky at Southcreek Equipment as service manager until it closed in 1996. Ray then went to work for Schmidt Equipment as service manager until it closed in 1998. He worked for Southwest Business Machines until he retired in 2008. Ray drove bus for Eldercare part-time. He had the gift of service and was willing to help anyone who needed help. Ray was a self-taught accordion player and learned at the age of 16. He had his own band until 1975 when he joined with Adrian Luptak, Keith Kadrmas and Arlene Kadrmas. They called themselves the Polka Dots. He played with many bands such as Reiny Mayer, Cornie Weiler, Chuck Kadrmas, Tony Weber and Ernie Hecker bands. Ray also played drums with the Elks Sodbuster band for many years. He quit playing at dances and started playing at the churches he attended. Ray was able to fix almost anything. He loved the challenge and was determined to fix anything that wasn’t working. Ray was an active member of Living Word Fellowship where he was in charge of maintenance, buildings and grounds and was also custodian. He was Trustee for six years.

Ray married Margi Olson Brown January 17, 1998. They were married until the time of his death.
Ray was a member of the Knights of Columbus, past member of the Elks, German-Hungarian, St. Anthony and St. Pius Clubs. Ray was a member of the Gideons for a few years. He loved going to the nursing homes to share the Gospel and the love of Christ with old friends. He always left them a copy of the New Testament.

He was preceded in death by his parents, Philip and Margaret Dukart; sisters, Pauline Berger and Irene Decker.

In lieu of flowers, memorials may be made to Living Word Fellowship.
To order memorial trees or send flowers to the family in memory of Raymond Dukart, please visit our flower store.