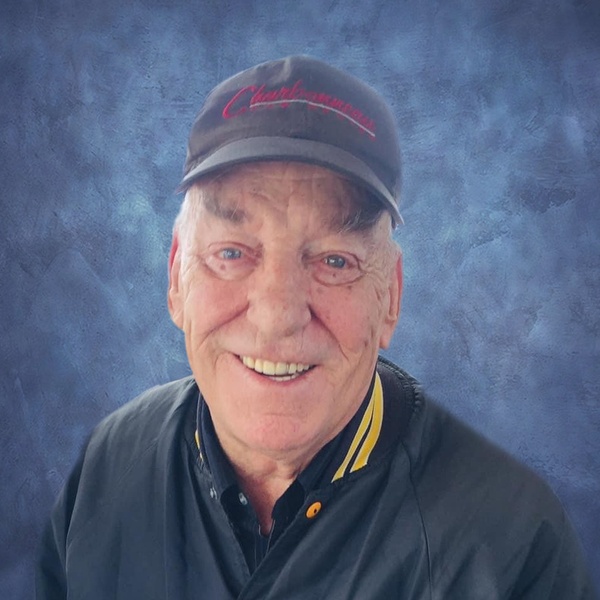 Richard Allen Hintz was born at home on February 14, 1940, the son of Louie and Lenora (Kohn) Hintz. As a young boy, he attended school through the ninth grade at Bentley and New Leipzig. Richard married Joan Hawn on January 17, 1958 in the Congregational Church of Mott. To this union, three daughters Lenora, Tammie, Melissa and one son Rickie were born. Richard was a farmer-rancher most of his life, something he loved dearly. One of Richard’s favorite things to do was jump in his red semi, with his thermos full of coffee, lunchbox full of sandwiches and candy bars, and hit the road with one more load. He always claimed that he never slept better than he did in that semi sleeper. He also enjoyed driving in demolition derbys and even won first place. Auction sales, both farm and livestock, were an enjoyable pastime for him. Richard took time to enjoy life and family. He extended great love to his children and grandchildren. He proudly taught his children how to roller skate at the Burt Roller Skating Ring. After rollerskating he loved to join the other local farmers in a card game of Schmere. He was a great teaser with his sparkling blue eyes and his million dollar smile. Richard enjoyed taking naps with his grandkids, putting his big old bear arms around them and falling asleep before they would. He always looked forward to the holidays for the food, pinochle and taking that nap. Richard loved food, especially fried chicken and onion rings. When he was having a bad day, onion rings could always cheer him up! Richard took pleasure in playing pinochle, dealing blackjack, rodeos and his yearly trip to Las Vegas. Everybody referred to him as “PaPa” and he will be dearly missed.

He was preceded in death by his parents.

The family would like to extend sincere “Thanks” to the staff of Country House who created many moments of joy for Mom and Dad. You will forever hold a special place in our hearts.

Family isn’t always blood. It’s the people in your life who want you in theirs. The ones who accept you for who you are. The ones who would do anything to see you smile, and who love you no matter what.

In Lieu of flowers, the family requests that memorials be made to the Alzheimer’s association.
To order memorial trees or send flowers to the family in memory of Richard Hintz, please visit our flower store.