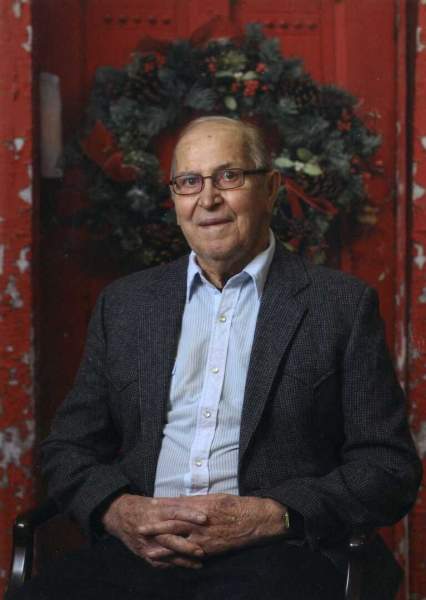 A Private Funeral Liturgy service for Richard E. Meyer, 89, of Dickinson, ND will be held at Stevenson Funeral Home with Father Keith Streifel celebrating. Entombment will take place in the Dickinson Mausoleum.

Richard E. was born October 26, 1930 in Dickinson, the son of John J. and Margaret (Emineth) Meyer. As a young boy, he grew up on the farm 1.5 miles southeast of Dickinson. He attended St. Joseph’s Grade School and graduated from Dickinson High School. In 1956, he was drafted into the US Army and was honorably discharged from Fort Bliss, TX in 1958. Following his discharge he returned to Dickinson and attended Dickinson State College. Richard met Rosemary Porter and they were married on September 17, 1960 at St. Joseph’s Catholic Church in Dickinson. Their marriage was blessed with two sons, Gregory and Gordon. Richard was a farmer at heart and loved working and farming the land. For thirteen years, he also sold Vigortone Ag feed products. He was a dealer, worked in field services, and was a Regional Manager. His farm was his most loved hobby. Richard served on the Board of Directors for the Dickinson Rural Fire Department and was a member of the Elks Lodge and Knights of Columbus 6308.