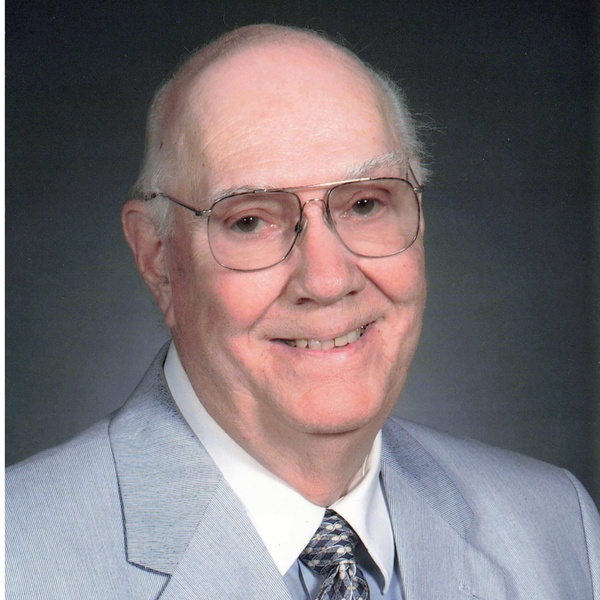 Funeral Mass for Robert Weiler, 92, of Dickinson will be Wednesday, January 27, 2021 at St. Patrick's Catholic Church with Fr. Kregg Hochalter celebrating and Fr. Russ Kovash concelebrating. Burial will follow at the ND Veterans Cemetery in Mandan.

For those attending, please follow recommendations from the CDC and ND Department of Health. If you are unable to attend you may view the live webcast of Bob’s Funeral Service go to the Stevenson Funeral Home website, click on Bob’s photo, select photos and videos and find the webcast.

Bob was born December 18, 1928, in Lisbon, ND to Augusta (Stangle) and Jacob Weiler. The youngest of five children, he was immediately dubbed “the favorite” and was never starved for attention. Bob’s life as a prankster began on a Halloween night when he was young. He planned to execute the ultimate Halloween high jinks. He would tip over his own out house, then blame it on the neighbor kids. His plan was foiled as he didn’t count on his father Jacob, occupying the outhouse at the time.

As a child, he attended a Catholic grade school and graduated from Lisbon High School in 1946. Bob continued his education at Beck School of Broadcasting in Minneapolis. During his time there, Bob participated in the first ever television program produced in the Twin Cities.

After graduation Bob moved to Dickinson where he began an enduring career at KDIX Radio as an announcer, and later in television. He would work there for an incredible 50 years. In Dickinson, he also met the love of his life, Beverly Donner, who was hoodwinked into thinking he was a charming individual with decorum. Bob began his service with the US Army in 1950 and was honorably discharged in 1952. Bob and Bev were eventually married at St. Patrick’s Catholic Church in May 1951.

His greatest pleasures were making people laugh and entertaining. In 1952, Bob put together a road show which included the Tibor Brothers and various area talents who played throughout Southwest North Dakota and eastern Montana. This same year Bob took on the added responsibility of becoming a play-by-play sportscaster for the Trinity High Titans, the Dickinson High Midgets, the Dickinson State Savages and other area schools for 30 years. While never quite attaining the level of fame as the “Boom Goes the Dynamite” guy, he was pretty close. He soon became Sales Manager for KDIX Radio & Television, and in 1969 he was promoted to Station Manager. He was recognized with many awards throughout his career. Some of the awards in which he was most proud included the Dickinson State Honorary Letterman in 1988, the Pioneer Award for Radio in 1989 and the North Dakota Sportscasters and Sportswriters Association Hall of Fame in 2018 at age 90.

Bob led an active volunteer life, serving the Dickinson Jaycees and serving as the State Vice President until 1959. He also served as the North Dakota Elks Association President and served as President of the North Dakota Broadcaster Association. Bob had a strong sense of duty to serve the community in which he Lived. He volunteered as a member of the organizing committee that started Roughrider Days. Perhaps the most fulfilling mission in his volunteering career was his call to serve on the committee which founded Trinity High School. This allowed his children, grandchildren and countess other to encounter Christ, serve others and develop habits of excellence. He went on to find fame once again as a long-time announcer for Titan Athletics at the Knights of Columbus Activity Center. Dubbed “The Voice of the Titans”, he retired and was given a wonderful send off. The sendoff was so good; he came out of retirement to receive two more send off celebrations and various gifts of appreciation. Bob and Bev were inducted into the Titan Hall of Fame in 2015 for their years of faithful and devoted service to the school. Trinity High School will hold a special place in their eternal hearts, if nothing else it gave them a break from raising their seven children.

Bob was joyously welcomed to his eternal home by our Heavenly Father and his wife Beverly , who immediately had him change out of what he was wearing into something she had picked out. Also, greeting him were his two brothers Norbert and Lawrence, his sister Dorothy and his parents.

His love for his children never wavered, although they gave him ample opportunity to do so. They are thankful for the memories of the “Silvertailed Light Biters” and “Auto Flippers”.

Everyone who remembers Bob will remember him in their own special way. Raising a Brandy Manhattan and eating a scoop of homemade baked beans would make him laugh the big belly laugh for which he will be best remembered.

The Weiler Family wishes to extend a heartfelt thank you to staff of St. Luke’s Nursing Home for their loving care to Bob & Bev.

In lieu of flowers, memorials are requested to Trinity Catholic Schools.
To order memorial trees or send flowers to the family in memory of Robert "Bob" Weiler, please visit our flower store.