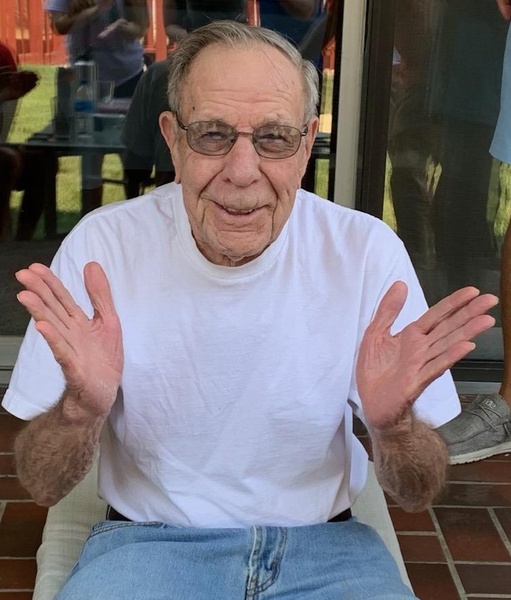 There will be a Celebration of Life Service at 11 a.m. (CT), Friday, February 25, 2022, at Hanson-Runsvold Funeral Home, Fargo, with visitation one hour prior to the service. The service will be livestreamed on the funeral home website https://www.hansonrunsvold.com/obituaries/Robert-Bob-Murphy-6/.

Mass of Christian Burial will be 11 a.m. (MT) Saturday, February 26, 2022, at Queen of Peace Catholic Church, Dickinson, with Fr. Hochhalter celebrating. Interment and Military Honors will be in North Dakota Veterans Cemetery, south of Mandan, ND. Visitation will be one hour prior to the Mass at the church. The funeral Mass will be livestreamed on the Queen of Peace, Dickinson, Facebook group page:
https://www.facebook.com/queenofpeacedickinson.

Robert Arnold Murphy was born August 2, 1936, in Colorado Springs, Colorado. He attended school in Dickinson, ND. Bob worked for Dickinson Bottling Company until 1955 when he enlisted in the US Army. He married the love of his life, Dagmar Steffan, on July 20, 1959 at Sts. Peter and Paul Catholic Church, New Hradec, ND. Together they made their home in Dickinson, raising five children. He worked as a conductor for Burlington Northern Santa Fe Railroad, retiring after 43 years of employment. Bob enjoyed restoring his 1959 Ford Fairlane, which he purchased ten days before marrying Dagmar. Dagmar past away on May 5, 2011. Bob continued to live in his own home until moving to Edgewood Assisted Living in Fargo in October of 2021. He was able to see more of his children and grandchildren while living in Fargo.

He is preceded in death by his wife, Dagmar; parents, William and Edna Murphy; brother, Bill (Eleanor) Murphy; and four sisters, Beulah Kessel, Violet Staiger, Leona Murphy and Norma Eskew.
To order memorial trees or send flowers to the family in memory of Robert Murphy, please visit our flower store.