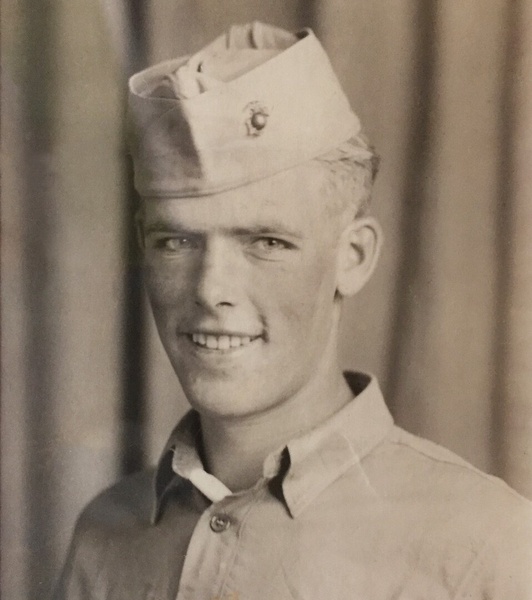 Bob passed away January 21st in Baker.  A child of the Depression, Bob was born in Ismay and graduated from the Whitney Creek School.  When he was 16, the family moved to what became his ranch south of Plevna.

Bob worked the ranch with his brothers and sisters until, like his father before him, he answered the nation’s call for service in a World War.  As a U.S. Marine, Bob saw action in the Battle of Okinawa and then served with the occupation forces in China.  Following the war, he returned to the family ranch and worked with his dad until he took over its operation.

He married Mikell J. Peck of Baker in 1961 and together they raised two children who followed the family tradition of service in military careers and love of the ranch on Milk Creek.

Throughout his life, Bob took most pride in the land he cared for, the accomplishments of his children and grandchildren, and the skill of good marksmanship.  The science of range management fascinated him, and he was committed to educating others in stewardship of the land and the cattle he raised.  He loved hunting and relished guiding family and friends, who he accompanied into the field thru his 93rd birthday.  He also enjoyed fishing in Canada, most recently in 2014 with his nephew Jerry Ketchum.

Bob’s life centered on his family and his ranch, but he also served as the Fallon County Undersheriff and enjoyed flying as a licensed Private Pilot.  He was a member of St. John the Evangelist Church, a 74-year member of American Legion Post 35 in Baker and a Life member of VFW Post 7885 in Ekalaka.

He now rejoins his early buddies Stanley Ketchum and Frank Sparks; and was also preceded in death by wife, Mikell, parents Frank and Ellen Neumann, brothers Harold, Charlie, and infant Frederick, and sisters Mable, Monty, Pat and Mary Ann.  He is survived by sister, Jackie Colbrese, of Black Hawk, SD, daughter Barb (Andy) Paul of Norfolk, VA and son Jon (Kim) Neumann of Charlotte, NC; five grandchildren who brought him much fun and joy, and a brand-new great granddaughter.

His was a life very well lived.
To order memorial trees or send flowers to the family in memory of Robert Neumann, please visit our flower store.
Robert Neumann Memorial Cards.pdf
Open