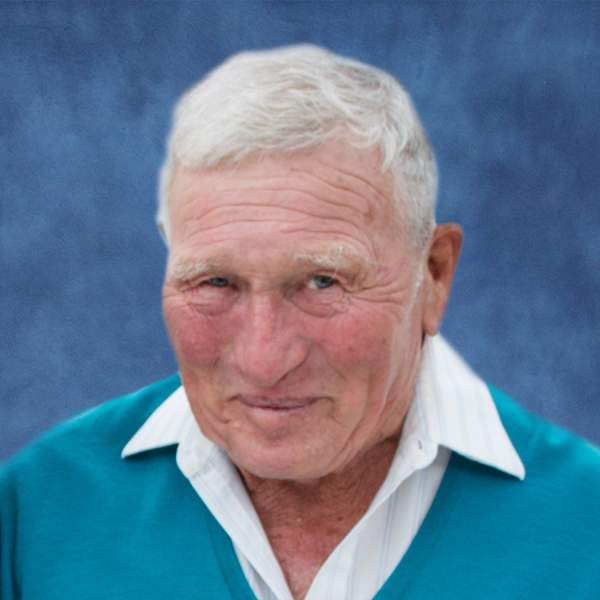 
Roger passed away early in the morning on January 17, 2020, after a decades long battle with heart disease.


Roger was born on April 11, 1932 in Manning, ND to Daniel Ceaser and Nessie (Starling) Brew. He was raised on the Brew farm southwest of Manning. There he learned to farm & ranch with his father and along side his brothers, as well as trapping & hunting on the banks of the Knife River. He was drafted into the army serving two years, and was a Sargent & cook while stationed in Germany. On October 2, 1955 he married Linda Houghton. Together they raised four sons Dwite, Bob, Dean and Lyle Cusson. They farmed for a time until they opened the Chuck Wagon Cafe in Killdeer. In 1962 Roger started Brew Construction Company with his sons in tow and Linda as the bookkeeper. While running the business, and after his sons went off to college he bought his dream. A farm west of Manning. He and Linda enjoyed the country life with their trees, apple orchard, gardens, peacocks, crops, cattle and herd of yak! After retiring from construction he turned the company over to two of his sons. They bought a lot in Beaver Dam, AZ where the family construction crew built them a winter home. They enjoyed their time as snowbirds for quite a few years making many new friends. Roger’s life has been filled with service to others, be it family, neighbors or community. He has given his time throughout the years in many ways. As a Boy Scout leader, Killdeer City Commissioner, Volunteer Fireman and Ambulance Squad Volunteer. He also donated a water well to the Medicine Hole Golf Course. He was a member of the American Legion, Killdeer Town Criers, Son’s of Norway and the Killdeer Jaycees. He was a dedicated Mason and a Shriner, and participated in many parades as a member of the El Zagel Frontiersmen. He has been a great promoter and worker at the Shrine Circus and has also sponsored several children to the Shriner’s Hospital in Minneapolis. Roger started a pit barbecue on his river bottom land many years ago as a party for friends & relatives. It turned into an annual fundraiser for the local Masonic Lodge. The Masonic Pit Barbecue on the 4th of July in Killdeer was enjoyed for over 20 years by locals and those returning to the area to celebrate.


He is preceded in death by his parents, Daniel and Nessie Brew, sister Delores Hansen, brothers Warren, Howard and Dale Brew.
To order memorial trees or send flowers to the family in memory of Roger Brew, please visit our flower store.