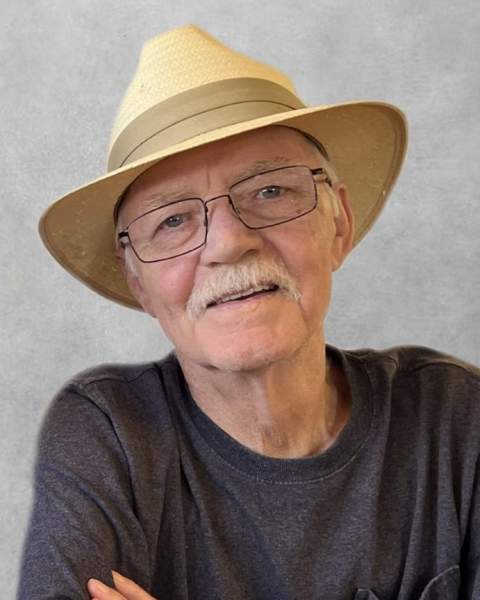 Roger Kortum was born in Ekalaka, Montana on January 31st, 1953 to Bud and Edith Kortum. He spent his early years growing up in the Chalk Buttes, which was a perfect backdrop for him and his brothers Dennis Kortum and Tim Kortum to explore and have adventures together. They spent countless hours playing Cowboys & Indians and devising various hijinks that put more than a few gray hairs on their parents’ heads.

His parents taught him many things that stayed with him his entire life. Bud and Edith taught all their kids the value of a strong work ethic. Bud started Kortum & Sons Construction, and that was where Roger learned many crucial life skills. They built many miles of fence and steel buildings in the surrounding area and beyond. They were highly respected for the quality of their work. Many of those buildings and fence lines are still standing strong today. Roger’s former brother-in-law Roger Stevens was also very influential in teaching Roger essential skills, particularly a mastery of carpentry. Roger used these skills his entire life.

In 1979 Roger met and married the love of his life Debra Hutton. To this union were born two sons – Damien in 1980 and Trevor in 1987. The new family started their lives together in Ekalaka, doing various jobs. They worked on a ranch in the Sweet Grass Hills for a time and eventually ended up in Gillette, Wyoming. They knew they were a good team and purchased together the Airport Café. They worked side by side with Arnie and Dixie Erickson, who owned and operated Gillette Air at the Campbell County Airport. Through this enterprise they forged many lifelong friendships.

It was here that Roger found his love of skydiving. Over the next 20+ years, he and Deb met people from all over the United States and parts of the world. They formed a skydiving family and had many get-togethers and reunions. These friendships they formed meant the world to them. They remained very close throughout Roger’s life.

Roger and Deb stayed in Gillette for 20 years, and they chose Gillette as the right place to raise their children. Roger’s boys meant everything to him. He set a fine example of what it means to be a kind, loving, respected father and husband. In Gillette, they hosted many gatherings for friends and family. Most notable were their annual Easter gatherings where all family members were invited. They had many fond memories of their time and friendships in Gillette.

In 2002, Ekalaka once again called Roger and Deb home. The couple put their teamworking skills together and purchased the Main Street Market. They owned and operated the Market for nearly 14 years. Once again, they built a business they could be proud of, working side by side with many new friends. They had an amazing group of employees that were a huge part of their success, including in particular Tim & Sandy Tooke, who became lifelong friends of Deb and Roger.

In 2015, due to health reasons, Roger retired. He and Deb lived their retirement in the house they built together, in Ekalaka. They created every square inch of it and lived in harmony within its walls.

Roger and Deb had many wonderful years together. His mantra was always to plan for the worst but hope for the best. He was a wonderful husband, father, brother, son, brother-in-law, uncle, and friend. He was respected by all who knew him. He leaves behind his best friend and soulmate Deb, his loving wife for the past 43 years; his two sons whom he loved and immensely proud of, Damien (Julie) Kortum of Laramie, Wyoming and Trevor (Carita) Kortum of Los Angeles, California; his siblings Ronald (Dorothy) Kortum of Raynesford, Montana; Holly (Betty) Kortum of Belt, Montana; Jeanette Abel of Okanagon, Washington; Helen Stevens of Ekalaka, Montana; Dennis (Ande) Kortum of Ekalaka, Montana; Tim (Sam) Kortum of Terry, Montana; and Debra (Dave) Louvar of Big Sandy, Montana; and many beloved brothers-in-law, sisters-in-law, nieces, and nephews. He was preceded in death by his loving parents Bud and Edith, his sister Yvonne Kenchloe, and his former brother-in-law Roger Stevens.

Per Roger’s request, no services will be held. The following are all considered honorary pall bearers:

To order memorial trees or send flowers to the family in memory of Roger Kortum, please visit our flower store.