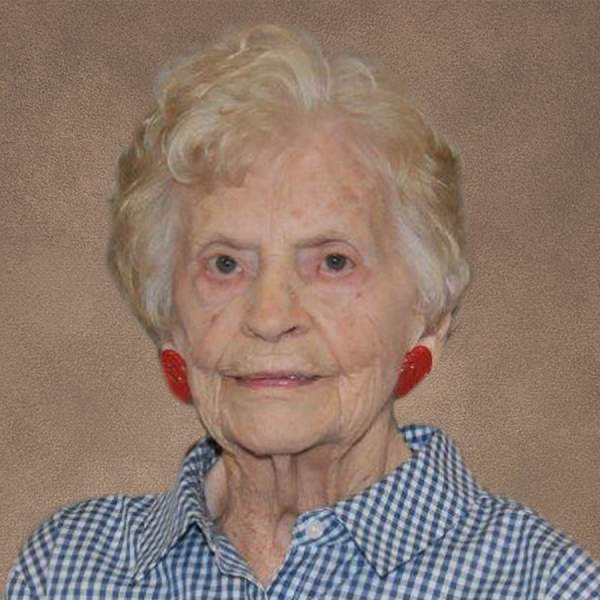 
Visitation for Ruby will be from 4:00 p.m. to 7:00 p.m. Thursday, September 12, 2019 at Stevenson Funeral Home, Dickinson, with a prayer service being held at 6:00 p.m.  Visitation will continue one hour prior to the service at the church.


Ruby Neolin Paulson was born October 23, 1922 at Halliday, ND, to Reinart and Nikolina (Haaland) Nodland.  She was baptized into Christ and confirmed in the faith at Marshall Lutheran Church, becoming a charter member of that congregation. She taught Sunday school and was involved with the American Lutheran Church Women (ALCW).  She attended Big Flat School District in her elementary years and high school at Halliday, graduating in 1940 as salutatorian.  Ruby’s father, Reinart, served on the Big Flat school board and was instrumental in starting a horse drawn school bus to bring all the country kids to school. Upon high school graduation, Ruby attended Dickinson State Teacher’s College, (now DSU), for a nine month term.  She taught country school in Dunn County for two years.


Ruby married Paul E. Paulson on January 23, 1943 in Glendive, Montana. (Baptized January 23, 1923!) They were blessed with five children – Gary, Dennis, Paulette, Sonja, and Nikki.  They farmed and ranched south of Halliday until they moved to Dickinson in 1991.  Ruby was a charter and honorary member of the North Dakota Cowbelles (now North Dakota CattleWomen) for 66 years, serving at the district level and also as State Secretary and Treasurer. She also was a volunteer for the American Cancer Society and was on the state board of the American Red Cross as Secretary for 10 years. After moving to Dickinson, Ruby and Paul became members of St. John’s Lutheran church. Ruby served on the St. John’s Service League and became involved with her volunteer work at St. Luke’s Nursing Home for 17 years. They moved to Park Avenue Villa (assisted living residence) in December of 2011, where she resided until June, 2018 when she moved into St. Luke’s Nursing Home.  She enjoyed many activities including devotion time, yoga, coffee with friends, bingo, musical entertainment and the Tuesday worship service.  Paul passed away in 2017 at the age of 101.


She was well known in her day for her lefse and other Norwegian pastries to share with others and to complement the traditional family Christmas Eve Lutefisk meal.  She baked, cooked, and worked tirelessly for family, hired men, and neighbors during her time as a busy mom and farm/ ranch wife.  Ruby, in good Norwegian tradition, always had a cup of coffee and a treat for everyone, but especially the grandkids.  She enjoyed creating personal poems for special people in her life. She also enjoyed being fashionable with her clothing and hair styles even to old age.  Ruby will be remembered as a loving wife, mother, grandmother, great-grandmother and for always giving humbly and selflessly for others.  Even though the ruby gem is precious, she was more “precious than rubies” as embodied in the characteristics that describe a Christian woman according to Proverbs 31.