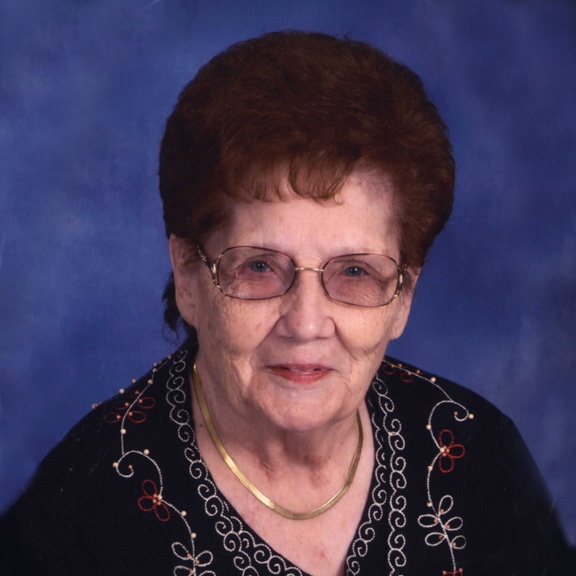 
Ruth Binek was born February 10, 1931 in Hebron, ND to Reinhold and Helen (Vietz) Mayer.  She grew up on the family farm south of Antelope, ND, and attended country school near the farm and attended high school in Hebron. She graduated from Hebron High School in May, 1949.


Ruth was united in marriage to Raymond Conlon on July 28, 1949.  Following their marriage they lived in Hebron, Richardton, New England and Dickinson where she was a homemaker raising a family of six children.  She also did in-home daycare, worked part time at Woolworths and made custom draperies with her sister Lorraine.


Ruth married Ted Binek in June 1984 and lived in Dickinson for several years before moving back to Hebron.  In October 2015 Ruth moved to Marian Manor Healthcare Center in Glen Ullin.  She had many friends there and didn’t hesitate to tell you how nice of a place it was and how great the staff was to her.


Throughout her life Ruth enjoyed being with her family, gardening, playing bingo and going to the casino.  She also enjoyed playing cards with her family and most recently with her friends at Marian Manor.


She was preceded in death by her parents, both of her husbands, four brothers, one sister and one great grandchild.

To order memorial trees or send flowers to the family in memory of Ruth Binek, please visit our flower store.