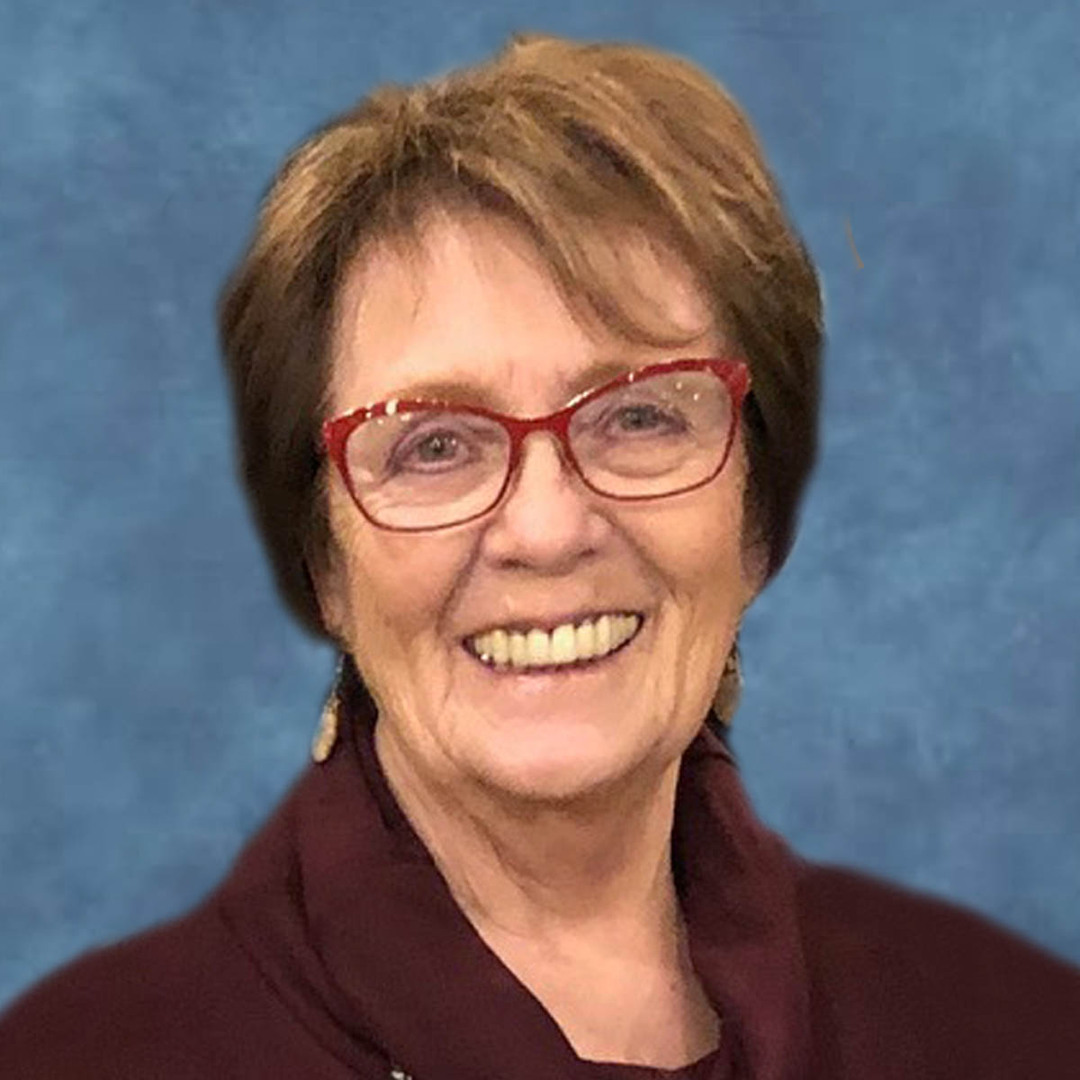 Born an Irish belle on July 18, 1939, Sharon Colleen (McNamara) Gjermundson was the third daughter of Jerome and Pearl (Schmidtke) McNamara, Watford City, ND. Sharon unexpectedly passed from her earthly life to eternal presence in Heaven in her home at Marshall, ND, on Sunday morning, November 17, 2019. Visitation will be held Thursday, November 21 from 4 to 7 p.m. with a prayer service at 6 p.m. at Stevenson’s Funeral Home, Dickinson, ND. Funeral services are Friday, November 22 at 10:30 a.m., also at Stevenson Funeral Home with Pastor Tim Voth officiating.  Burial will follow at Kyseth Cemetery, Marshall.

At age 7, Sharon moved with her parents and older sisters from Watford City to Taylor, ND, where she attended school and graduated in 1957. In her high school years, Sharon was in choir, band (drummer!), and cheerleading; she was also an accomplished roller skater and baton twirler. It was at Taylor High School where she met Stanley Gjermundson, and they were married in Taylor, April 6, 1957.

A town girl soon became acclimated to farm life as she and her husband, Stanley, worked and became parents while living on the Clinton Perhus farm/ranch north of Taylor. In 1958, the family moved to the Strand farm/ranch 8 miles northwest of Marshall. The Gjermundson Family grew adding four more children, and with determination, hard work, and the grace of God, they farmed and ranched there for five decades.

In the spring of 1970, Sharon became the postmaster at Marshall, and the family moved to Marshall that fall. She often provided temporary services in area post offices at Dodge, Halliday, Dunn Center, Richardton, and Hebron. Sharon operated the Marshall Store and post office until she became postmaster in Taylor in 1998 and retired in 2009 at age 70.

Sharon was a member of Marshall Lutheran Church, where she served as a Sunday school teacher and superintendent and held various offices in the women’s group, presently serving as treasurer. As a member of the Taylor Senior Citizens, Sharon participated in activities and currently served as treasurer.  In August 2008, Sharon was honored by the National Weather Service for 30 years of volunteer services as the Cooperative Weather Observer at Marshall, a service she still provided.

Always ready to lend a hand in church and community activities, Sharon put the interests and needs of others first. Even when diagnosed with rheumatoid arthritis at age 42, she continued caring for her family, friends, and neighbors. She was an accomplished seamstress, sewing western shirts for her boys and various clothing items for her daughters.

Many of Sharon’s grandchildren, as babies and toddlers, spent hours with Grammie at the store. Over the past 10 years, grandchildren and great-grandchildren have frequently been in her care. She was often the shuttle service for the kids to/from school activities. Whether a rodeo, concert, ball game or any activity in which the grandchildren participated, Sharon was there to support and cheer. Sharon’s strong faith in the Lord Jesus saw her through life’s joys and trials, and she was a loving and encouraging Godmother to Craig Elkin, Laurie Paulson, Carla (Gjermundson) Schriver, Amy (Gjermundson) Estrada, and Darcy Dressler.


Sharon was preceded in passing by her parents, Jerome and Pearl, her parents-in-law, Sven and Eva Gjermundson, several uncles, aunts, and cousins in the Schmidtke and McNamara families, brothers-in-law Clarence Hanson, Leo Enderle, and Evan Lingle, and infant granddaughter, Jasmine Leigh Gjermundson in 2001.

May blessed memories of Sharon remain among her family and many friends, whom she dearly loved.
To order memorial trees or send flowers to the family in memory of Sharon Gjermundson, please visit our flower store.
Send a Sympathy Card