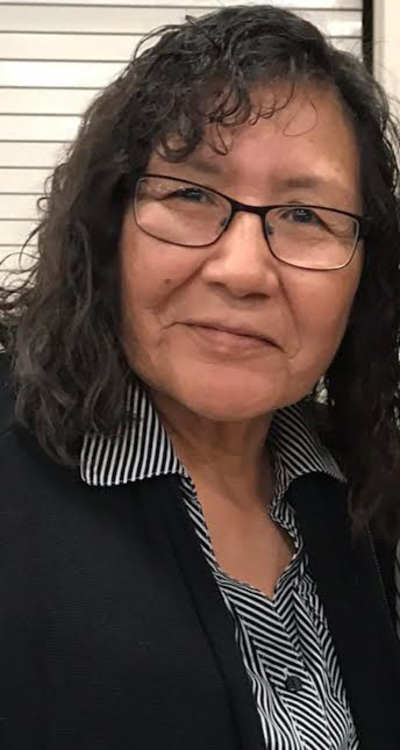 Shirley Hunter, 69, made her journey peacefully on August 3, 2022 at Ft. Meade VA Hospital in Sturgis, SD, surrounded by her children, grandchildren, family, and friends.

She was born May 15, 1953, in Garrison, ND to John Hunter and Thelma (Duckett) Hunter, and was affectionately called “Bit-C,” a nickname given to her by her oldest brother, Aaron. She was a great-granddaughter of Spotted Wolf (Cheyenne), Standing Elk (Cheyenne), Bear Ghost (Mandan), and Little Sioux (Arikara).

In the seventies, Shirley worked as a switchboard operator at United Tribes Technical College while also attending as a student. She enlisted in the United States Navy, serving as a Yeoman Third Class Petty Officer, stationed at Naval Air Station Patuxent River, MD. After her honorable discharge from the U.S. Navy, she returned to Twin Buttes, ND to raise her 6 children and work on her education. While residing in Busby, MT she attended Chief Dull Knife College. Her academic pursuits led her to earn Associate Degrees in General Studies, and Tribal Management Business Administration; a B.S. in Business Administration at Oglala Lakota College; and a M.B.S. program in Leadership and Management from University of Phoenix.

Shirley will be remembered for the handmade star blankets she made for every occasion, a skill handed down to her from her grandmother Irene and mother Thelma. Her sentiments were; “Quilting is connected to our Native traditions, especially generosity. I’ve given away many quilts.” Shirley’s spirituality was the foundation of strength that provided stability, fortitude, and a positive lifestyle for herself, her children, grandchildren and the many lives she’s touched throughout her life. Excellent at every sport she tried, she had a strong passion for basketball and she excelled at it. She also enjoyed watching horse racing, Indian relay, and spending time at celebrations and ceremonies with her family.

In lieu of flowers, Shirley has requested to be memorialized by donations to the FisherHouse.org.

To order memorial trees or send flowers to the family in memory of Shirley Hunter, please visit our flower store.