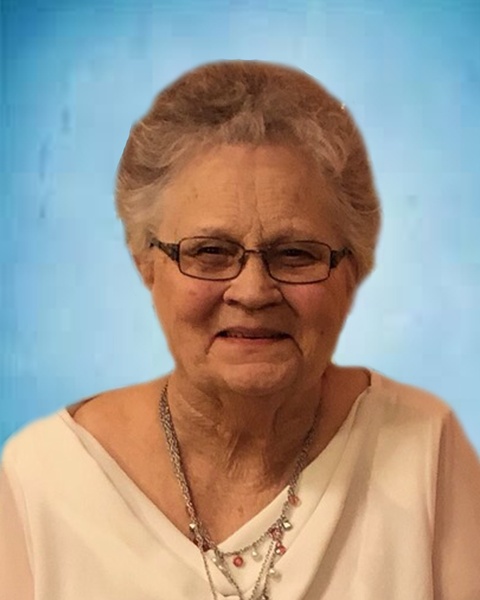 Shirley Ann was born July 29, 1937 in New England, daughter of Pete and Mary Samson. As a young girl she attended school in New England through the eighth grade. She met the love of her life at 16 at a barn dance. This handsome fella’s name was John. She knew she was going to marry him. Sure enough a year later at the age of 17 Shirley and John got married on October 25, 1954 and were blessed with ten kids.

John and Shirley started their life together on a farm outside of New England, ND. Shirley was a dedicated farmwife who always made sure her children and husband were well taken care of. Shirley enjoyed her conversations with her sister Kathleen which were often times in German, so the kids wouldn’t know what they were talking about.

The start of Shirley’s Floral and Crafts began with Shirley making poodle dogs that led to making silk bouquets for weddings and later opening a store in New England and Dickinson. John and Shirley moved to Dickinson, retiring from the farm, where she continued with their craft store and craft shows.

She was preceded in death by her husband, John; her parents, Pete and Mary; son, Raphael “Ralph” Sticka; daughter, Mary Lou Sticka.

In lieu of flowers, donations may be made to the North Dakota Vision Services School for the Blind: 500 Stanford Rd, Grand Forks ND 58203.
To order memorial trees or send flowers to the family in memory of Shirley Sticka, please visit our flower store.