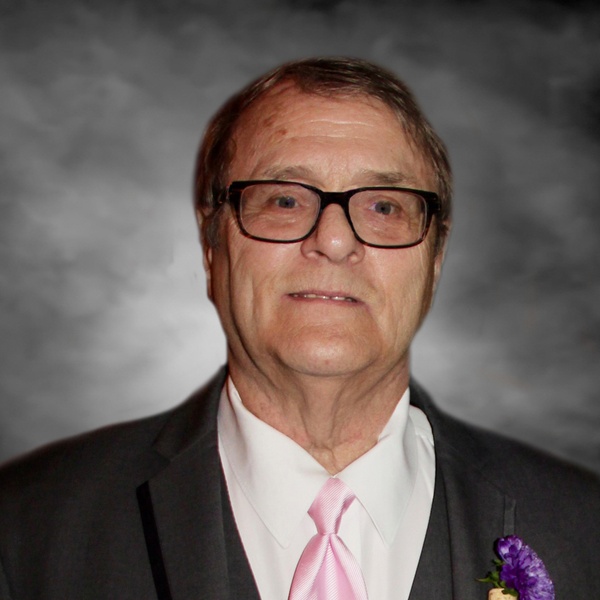 A Celebration of Life is being planned for both Steven and Judy for Bozeman in early fall.

A graduate of Dickinson State College in Art and Business, Steven began his career teaching English for the Job Corps and then as a drug and alcohol counselor at the state hospital in Jamestown. This led to a lifetime of helping the less fortunate as he often hired people battling substance abuse to give them a second chance, and he provided temporary housing for many people over the years to help get them on their feet.

In the late 1960s, Steve combined his two degrees and began work as a loan officer at the Liberty Bank while he painted landscapes and still art. He realized that painting the steeple at St. Joe’s paid better than painting landscapes, so he developed and built multiple subdivisions and numerous houses in the 1970s and 1980s. His commercial buildings are still around as anyone who remembers Mr. Steak and Happy Joes can attest. He also owned several businesses in town, including Kilwein Construction, Kilwein Lumber, the Carpet Castle, and the Mint Bar. He also co-owned a gold mine in Virginia City, Montana.

He lived in Dickinson until 1986, when Steve and Judy moved their family to Bozeman, Montana. In Bozeman, he continued his work in residential construction, enjoyed going for coffee with his many friends, reading, and remodeling his home which was built in 1910. Then, to be closer to their youngest daughter, they built a home on the same block in Broomfield, Colorado in May of 2018. After Judy passed in 2019, Steven split his time between Bozeman and Broomfield.

He enjoyed traveling particularly to Alaska, the Panama Canal, and the DC area, especially Gettysburg. Steven loved to make new friends and was often found chatting with the people sitting at the table next to him at a restaurant. Steven loved being a dad and a grandpa and always doted on his kids and grandkids.

He was preceded in death by his wife Judy, parents Martin and Annie, brother Peter Kilwein and sisters Mary Lewis, Frances Atchinson, and five siblings who passed in infancy, Robert, Ronald, Raymond, Theresa, and Herbert.

He is survived by his five children, five grandchildren, brother Roger Kilwein and three sisters Jeannette Olheiser, Leona Moriarity, and Betty Birgenheir.
To order memorial trees or send flowers to the family in memory of Steven Kilwein, please visit our flower store.