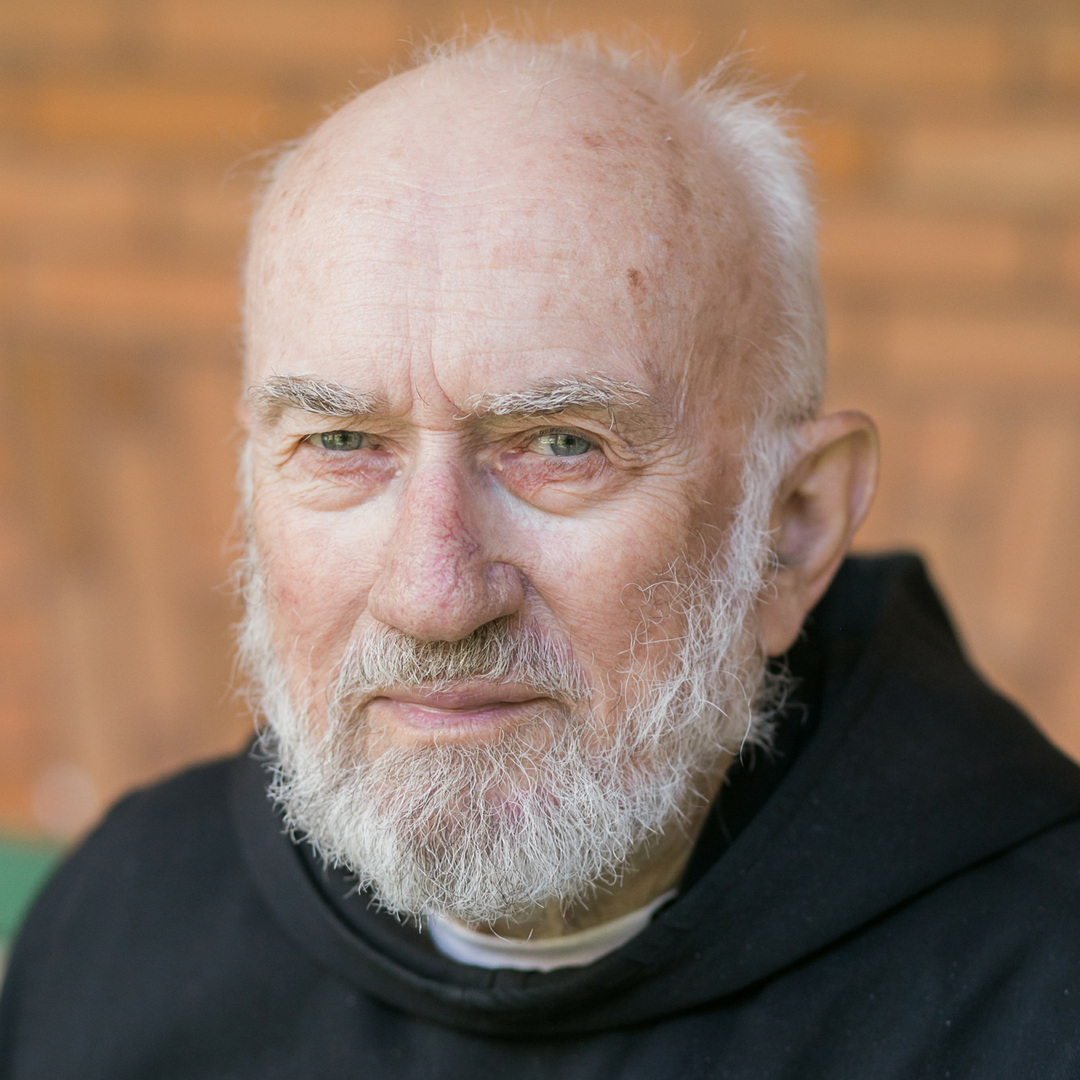 Mass of Christian Burial for Father Terrence (Gerald) Kardong, 82, monk of Assumption Abbey in Richardton, will be celebrated at 10:30 am MT, Friday, March 29, 2019 at the Assumption Abbey.  Burial will follow in the Abbey cemetery.


A Vigil Service for Father Terrence will be held at 7:00 pm MT, Thursday, March 28 at Assumption Abbey.


Father Terrence died peacefully in his sleep on March 24, 2019 at the Assumption Abbey in Richardton.


Gerald was born in Minneapolis, MN, on October 22, 1936, to Ralph and Cecilia (Mundt) Kardong. His family belonged to St. Albert the Great Parish, staffed by the Dominicans, where he received his elementary education, but he traveled out to Richardton, ND, for high school and junior college with the Benedictines because he had three uncles who were monks at Assumption Abbey. He entered the novitiate in 1956, receiving the name Terrence, and pronounced vows in 1957.


Terrence attended St. John’s University, Collegeville, MN, where he earned a Bachelor of Arts degree in Philosophy, and after completing seminary studies at Assumption Abbey, he was ordained a priest on May 11, 1963. From 1962 through 1968 he taught in the Abbey prep school and, during the summer months, attended the Catholic University of America in Washington, DC, studying classical languages. He earned a Master of Arts degree in Latin. From 1965 to 1967 he was chaplain to Assumption College in Richardton, and continued to teach Latin and Theology. In 1968 he was appointed Director of Formation at the Abbey. When the junior college closed, Father Terrence taught at Mary College, now the University of Mary in Bismarck, from 1971 to 1975 and again from 1977 to 1982.


Father Terrence went to Rome for monastic studies at the Pontifical University of
Sant’Anselmo
from 1975 to 1977 and earned a Licentiate in Theology which launched his career in scholarly work on the Rule of St. Benedict and other monastic and patristic texts. He published extensively in periodicals, many of them outside the United States, and travelled near and far giving conferences. His major work was
Benedict’s Rule: A Translation and Commentary
published in 1996. He also published
Commentaries on Benedict’s Rule
(1986),
Together Unto Life Everlasting
(1986),
Asking Benedict: A Study Program on the Rule
(1992),
Benedictines
(Religious Order Series 1992),
Day By Day with Saint Benedict
(2005),
The Life of St. Benedict by Gregory the Great: Translation and Commentary
(2009),
Pillars of Community: Four Rules of Pre-Benedictine Monastic Life
(2010),
Conversations with Saint Benedict
(2012),
Saint Columban: His Life, Rule, and Legacy
(2017) and
Benedict Backwards: Reading the Rule in the Twenty-First Century
(2017).


In 1984 he spent eight weeks in Australia giving conferences. He spent two months in the Philippines in 1990, three weeks in England in 1992 and two months in Nigeria in 1997 doing the same. In February of 1981 Terrence became the editor of
The American Benedictine Review
and held that position until last year. He translated articles for this publication from French, Italian and German.


In addition to his monastic writing, Father Terrence wrote the 75
th
jubilee history of the Diocese of Bismarck in 1985, the centennial history of the Diocese of Fargo in 1988, and the history of Catholic life at Fort Berthold Indian Reservation in 1989. He was a faculty member of the Great Plains Institute of Theology from 1971 to 1995. He was also an environmental activist through his participation in the Dakota Resource Council since 1978, frequently a member of the board and secretary for the group. But he was a regular monk, too, helping with chores such as washing pots and pans and weeding the garden. He believed that a monk should also work with his hands.


He was preceded in death by his parents, and is survived by his brother, David Kardong, of Hagerstown, IN, and his sister Judy Foley of Plymouth, MN.