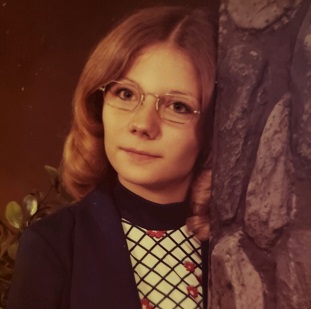 A funeral service for Terry Herrick, 62, of Dickinson, will be 1:00 p.m., Tuesday, July 24, 2018 at Stevenson Funeral Home. Burial will follow in Dickinson Cemetery.


Visitation for Terry will be one hour prior to the service at the funeral home.


Terry Louise Ehrmantraut was born November 23, 1955 to John and Violet (Stolldorf) Ehrmantraut in Stanley, ND. She moved with her family around North Dakota and Montana; finally settling in Bismarck, ND, where she graduated from high school in 1975.  Following graduation, Terry moved to Glendive, MT and worked various jobs.  In 1992, she moved to Dickinson and has made that her home ever since.


Terry worked for Wal-Mart and managed various departments throughout the store. She worked very hard throughout her life to provide for her family.  Terry enjoyed cooking, hosting large meals, working around the home, and was always improving something in her house.  Recently, she acquired the new hobby of buying and selling antiques.  Terry loved her grandchildren and enjoyed baking with them.


Terry was preceded in death by her mother, Violet; and twin sisters Mary and Marlene.