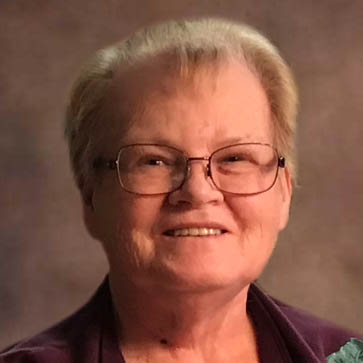 A Liturgy of the Word Service for Theresa Anderson, 69, of Dickinson, will be 2:00 p.m., Friday, August 3, 2018 at Stevenson Funeral Home with Deacon Bob Zent celebrating.  Burial will take place in St. Joseph’s Cemetery at a later date.


Theresa Jean Seiler was born March 22, 1949 in Dickinson, the daughter of Fred and Helen (Alpert) Seiler.  She grew up on the family farm south of Richardton, later moved to Richardton and attended Richardton Public School.   At a very young age she became a caregiver in Dickinson.  It was during this time that she met and fell in love with Donald B. Schmidt.  The two were married in 1967 and made their home on the Schmidt family farm south of Dickinson.  The couple was blessed with two sons, Gordell and Russell.  The family spent several years on the farm before moving to Dickinson.  After Donald’s death, Theresa continued to care for her boys while working outside the home.  Theresa later married Donald Anderson.


Theresa called Dickinson home her entire life.  She enjoyed spending time in her flower and vegetable gardens, canning, baking, listening to Polka music and watching Western movies.  Theresa loved her family dearly and treasured her time spent with her children and grandchildren.


She was preceded in death by her parents; Fred and Helen Seiler; husband, Donald B. Schmidt; sister and brother-in-law, Elsie and Larry Thielen and one niece.