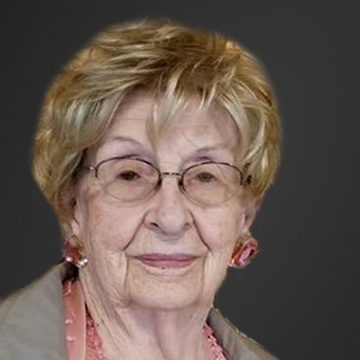 Funeral services for Theresa Bogacki, 90, of Duluth, MN are pending with Stevenson Funeral Home, Dickinson, ND for the spring 2021.

Theresa Bogacki passed away peacefully on November 30, 2020 at Solvay Hospice in Duluth, MN.

Theresa was born September 3, 1930, at her great grandmother Katy Weber Dengel’s house in New England, North Dakota. Theresa was the first born to her parents, Catherine (Dengel) and Joe M. Bogner of Lefor, North Dakota- pioneer farmers of German Hungarian (Donauschwaben) decent. Theresa was preceded in death by her parents and 2 siblings Joe P. and Ethel. Living siblings are Lucille (Bechtold) and Larry.

Theresa attended St. Elizabeth Catholic School and graduated from Dickinson Central High in 1949. Theresa earned her college degree in 1974 from the University of Minnesota. Theresa was a hard worker and held many interesting jobs over her life time. Theresa’s avocation was sharing and celebrating all ancestral culture. Theresa was a collector and created several museums and self-published a 4 volume book about Banat Germans, focusing on “women’s work.”

A funeral service will be scheduled for the family in ND in the spring. Theresa has donated her body to the Anatomy Bequest Program at the U of M. The family has designated The Union Gospel Mission for memorial contributions: 219 E 1st St., Duluth, MN 55803.

Remembrances and condolences may be shared with the family at www.stevensonfuneralhome.com.