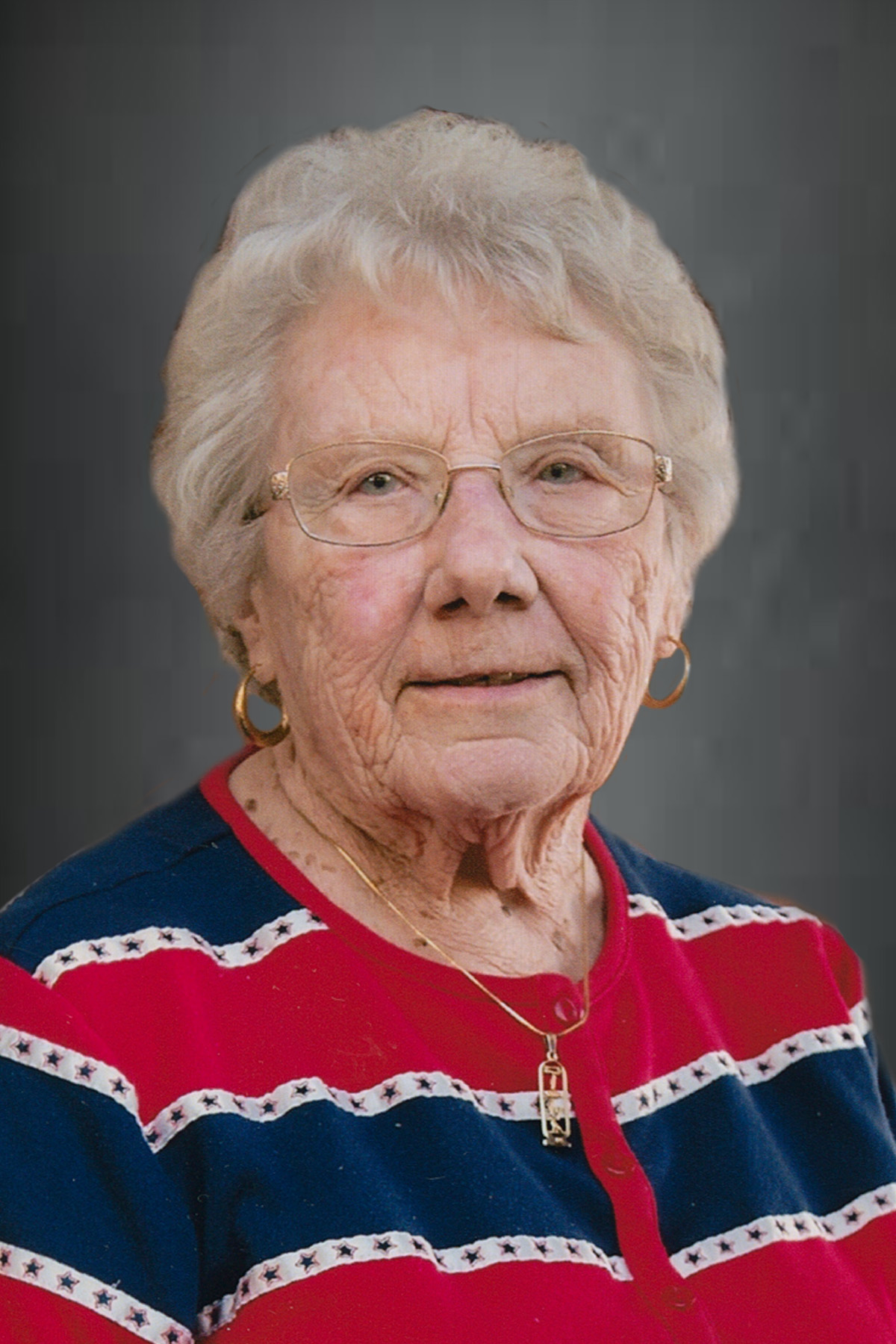 Funeral mass for Theresa Tarpo 93, of Bismarck, formerly from New England, will be 10:00 AM, Friday, August 12, 2022 at St. Mary’s Catholic Church in New England with Father Dennis Schaefer celebrating. Burial will take place in the church cemetery.

Theresa was born September 4, 1928 to August P. Krenz and Lillian (Bilges) Krenz and was raised on the family farm near DeSart, North Dakota. She graduated from New England high school in 1946. Following graduation, Theresa received her teaching certificate from Dickinson Teachers College and then taught country school for two years in Carroll Township.

In the spring of 1947 she met the love of her life, a handsome army air corp pilot, Chris Tarpo, Jr.  They married on June 1, 1948 at St. Mary’s Catholic Church in New England. They made their home in New England and welcomed four children, Dena, Pat, Doug and Paul.

Theresa can best be described as a daughter of the North Dakota prairies as she loved walking and riding through the farmlands and buttes of southwest North Dakota to appreciate the fields of grain, wild life, open skies and beauty of nature.

She was a woman of strong faith, work ethic and boundless energy. Her talents and interests were numerous: hunting, fishing, gardening, canning, yard work, card playing, sewing, card making, tatting, crafting, buying and refinishing antiques and old houses. She had a passion for local, regional and family history. We would describe her as “lucky” at cards, bingo, raffles and gambling.

Theresa and Chris enjoyed many opportunities to travel throughout the United States, Hawaii, Canada, Italy and Greece. She loved to entertain and host gatherings for family and friends. Her front porch and swing were always open and welcoming to visitors.

Theresa was a lifelong member of St. Mary’s Church and a founding member of the foundation board. She was active in the Altar guild, the American Legion Auxiliary, the Jolly Eight Homemakers and many bridge and pinochle clubs.

To order memorial trees or send flowers to the family in memory of Theresa Tarpo, please visit our flower store.