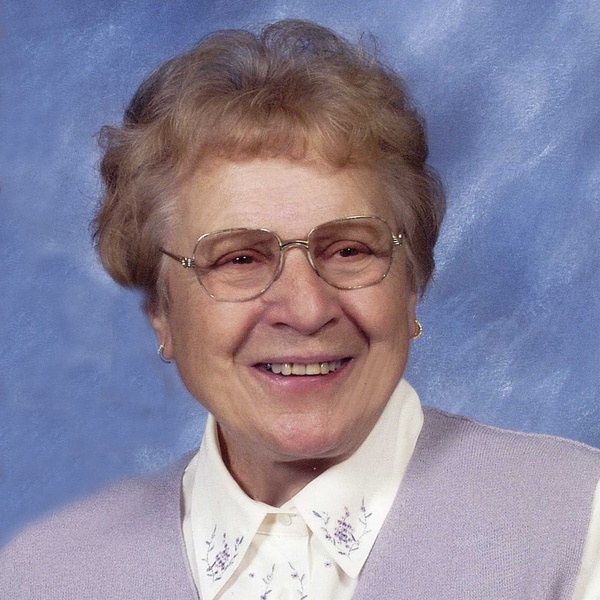 Theresia was born August 2, 1924 in Dickinson St. Joseph’s hospital the daughter of Frank and Maria (Hanel) Pachl. She grew up on the family farm north of Schefield. Theresia attended school at St. Joseph’s Catholic School, Dickinson. Theresia married John J. Ficek in 1942 and to this union 2 sons were born, David and LeRoy. She cared for her parents in her home for many years. She was trained and worked at St. Joseph’s Hospital where she did special duty private care. She did home health care, cleaned house for people and did babysitting. In 1979 John passed away. Theresia later met John Benz at singles’ club and the two were married on September 6, 1985 at St. Joseph’s Catholic Church.

Theresia loved to garden and cook. She always made sure that everyone who came had enough food to eat and usually more than they needed (and it was sent along home as well). John and Theresia were always on the go. She loved getting out of the house and visiting with family and friends. She enjoyed square dancing, bingo, and playing cards (Pinochle).