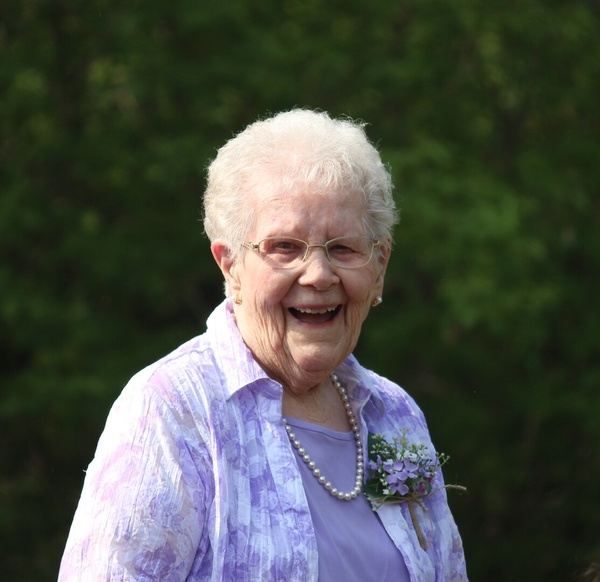 Nurine “Tootsie” (Lowe) Hanson entered this life on January 11, 1926 at the family homestead South of Rhame, ND to Leonard and Roneal (Iverson) Lowe. She attended Mud Butte School and graduated from Bowman High School. Tootsie earned her teaching certificate from Dickinson State Teacher’s College. On January 12, 1944, she married Winfred Hanson in Baker, MT. They lived for a short time south of Rhame before moving their house in 1947 and settling on their ranch south of Marmarth, ND. Tootsie taught for a little over a year and then decided to focus on raising her children, Sonny, Buzz, Melva, Larry, Wayne, Dean, Gene, and Rod. Winfred and Tootsie brought their kids up in the ranching lifestyle that she loved being a part of. After the passing of her husband, Tootsie remained on the family ranch until 2002 when she decided to move to Rhame. In 2013, Tootsie made her final move to Baker, MT to be closer to family. After a long and full life, Tootsie passed away, June 14, 2021, surrounded by many members of her loving family.

Tootsie was known for her big, friendly smile and her genuine love for people. She loved playing cards, dancing, visiting, and most of all, being a grandmother. In her spare time, Tootsie enjoyed embroidering, puzzles, and writing letters, which is how she kept in touch with her large family. If she wrote you a letter, she expected one in return. She also started journaling at a young age and continued to do so until the time of her death.

Tootsie will be missed dearly by her large family and many others whose life she blessed. She is survived by her children, Sonny (Kay) Hanson, Buzz (Kaye) Hanson, Melva (Wayne) Sonsalla, Larry (Etta) Hanson, Dean (Kathy) Hanson, Gene (Sara) Hanson, Rod (Janet) Hanson; daughter-in-law, Darla Hanson; sister-in-law, Ramona Lowe; 21 grandchildren; 41 great-grandchildren; and 5 great-great grandchildren with one more on the way.

Preceding her in death were her husband, Winfred; son, Wayne, and her siblings.
To order memorial trees or send flowers to the family in memory of Tootsie Hanson, please visit our flower store.