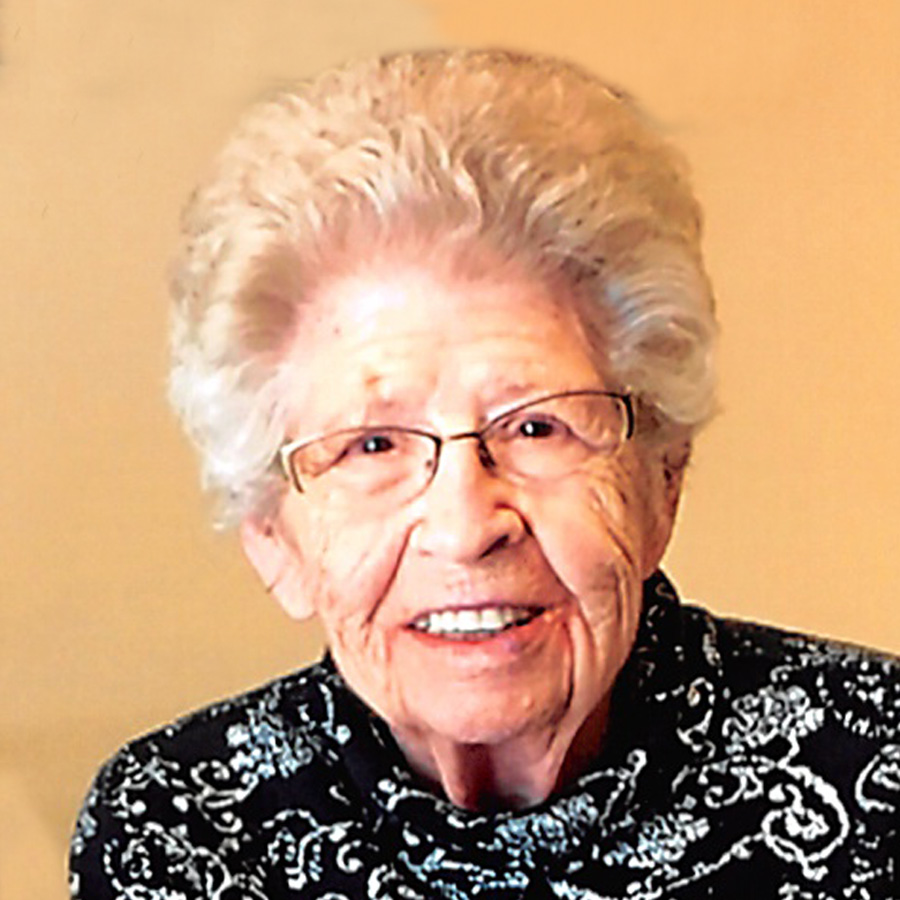 Vallie Lee Ballard, 93, formerly of Beach, passed away on Saturday, March 2nd, 2019, at the Baptist Care Center, Bismarck, ND with her family by her side.


Funeral services will be held Thursday, March 7th, 2019 at 10:00 am at United Community Church in Beach, ND. Interment will be in the Beach City Cemetery.


Vallie was born on September 10th, 1925 in Gabe, Kentucky, a daughter of John and Emma (Davenport) Strader. She was educated and graduated from Tiskilwa High School in Illinois. Vallie married her high school sweetheart James Donald Ballard on December 31st, 1944 in Lubbock, Texas while Don was in the United States Air Force during World War II.


After Don’s discharge from the service they made their home in Princeton, Illinois where daughter Pat and son Gary were born. In 1960 the family moved to Beach, ND to go into the John Deere business with Don’s dad. Mark and Mike were born after the family moved to Beach. Vallie kept the books at the store for many years. In 2013 Vallie and Don moved to Bismarck, ND to be closer to medical facilities.


Vallie’s greatest joy were her children, grandchildren and great-grandchildren. She and Don spent many hours attending all their activities and cheering them on. Vallie enjoyed cooking and baking, bowling, golfing and playing cards with her family and many friends. She also taught Sunday School, was a 4-H leader and Boy Scout den mother.


A memorial has been established with the Beach City Cemetery.