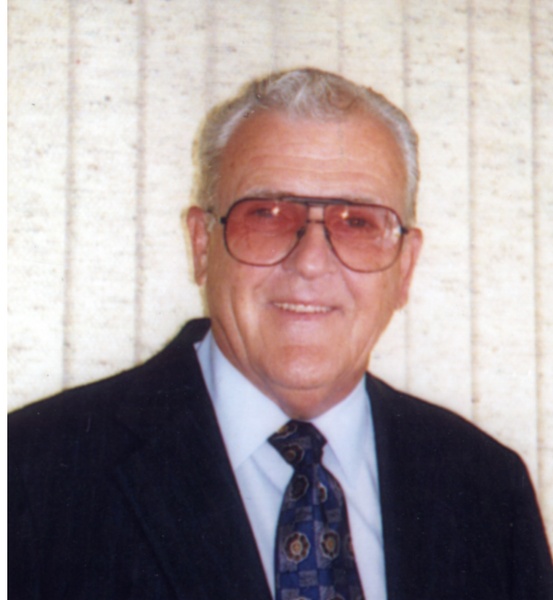 Victor C. Paluch, 88, of Playa del Rey, CA, Passed away on January 20, 2020. Mass of Christian Burial was held at 10:00 a.m. January 30, 2020 at the Church of the Visitation, Westchester, with Msgr. Charles Hill officiating. Interment followed at Holy Cross Cemetery/Mausoleum.
Vic was born on September 8, 1931 in Belfield, ND, the son of Frank J. and Helen (Godleski) Paluch. He attended rural schools in the Belfield area, graduating from American High School in 1950. He was drafted into the U.S Army in 1952, serving overseas during the Korean conflict being honorably discharged in 1954. He worked at S&L Department Stores in Dickinson from 1954 until his move to California 1957. He was united in marriage to Marcella Belinski of Sidney, MT on June 4, 1956 at St. Patrick's Catholic Church in Dickinson, ND. To this union were born two childern, Gregg and Deborah. They moved to Chula Vista, Ca in 1957 where they were both employed at Rohr Aircraft for several years. In 1965, they moved to Los Angeles, CA where he was employed with Santa Fe Railways until his retirement in 1995. After his retirement from Santa Fe, he enjoyed his part-time job with SST Export/Import, retiring in 2012.
He enjoyed gardening, getting together with friends, maintaining his cars, and especially enjoyed the time he spent with family. He was a member of Visitation Parish since 1965 where he was an usher for many years. Vic and Marcella made many trips to North Dakota to visit family and especially to participate in the North Dakota Ukrainian Festival. They have always been proud members of the Ukrainian Cultural Institute.
He is survived by his wife , Marcella; his daughter and son-in-law, Deborah (Edward) Chauff, Los Angeles, CA; two granddaughters, Krista Marie (Ernesto) Tellez, Long Beach, CA and Amber Kae Chauff, Torance, CA, two great-granddaughters, Abigail Marie Tellez and Bailey Tellez, Long Beach, CA; one sister, Marjorie (Chuck) Metzinger of Surprise, AZ; one sister-in-law, Gladys (Stanley) Paluch of Belfield, ND, and many cousins, nieces and nephews. He was preceded in death by his parents, his infant son, Gregg, his two brothers, Stanley and Joseph, brother-in-law, Charles (Marjorie) Metzinger; and sister-in-law, Minnie (Joseph) Paluch.
The Family would like to extend their thanks to the staff at Centinela Hospital and Playa del Rey Center for the excellent and compassionate care provided to Vic during his recent illness.
To order memorial trees or send flowers to the family in memory of Victor Paluch, please visit our flower store.