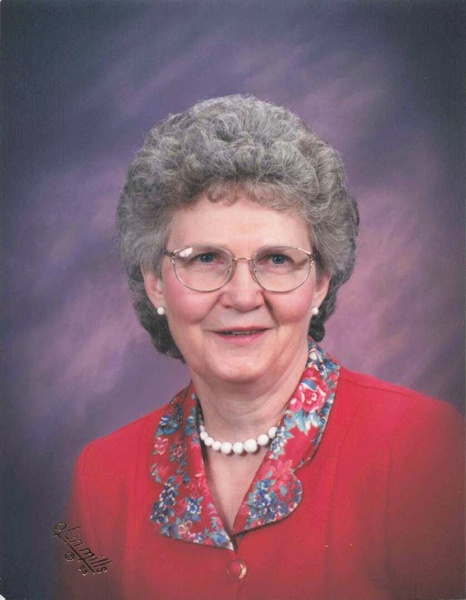 Vivian was born September 23, 1941 in Baker, MT to Theophil and Helen Ruff. Growing up in Plevna, a part of the southern community, she attended country school up to 8th grade, she then attended her freshman year in Baker. Vivian then transferred to Plevna, where she graduated high school. She continued her education in Billings, MT at the Billings Business College for one year in the secretarial field.

Vivian met Arnold Pinnow and on October 1, 1960 they were married in the Emmanuel Congregational Church in Plevna, MT. The couple started their life together at the Pinnow Family Farm southeast of Baker, MT. To this union there were four children, Craig, Brian, Neal and Robyn. They raised their family on the farm for twenty seven years and then moved to town. She worked in the banking industry in Baker, up until her retirement.

Vivian served her community with a soft smile and gentle helping nature as a bank teller. She loved working on the farm and could often be found working on crosswords, word finds and creating quilts. Quilting was a passion for her and through the church her quilts where sent everywhere. Vivian enjoyed the 4-H program and the youth so she became a leader and was very active in the horse program. Due to her commitment to her community she shared her talents and time in many local groups, the Peace Lutheran Church Women, Red Hats Group and Baker Homemakers Club. The South Eastern Montana Horse Racing Association had a committed member in Vivian. She and Arnold were very active in the MT Pork Producers, she was even named Mrs. Porkette (Queen) in 1975. Always devoted to her family she never missed a music festival or sporting event that her children or grandchildren were participating in.

Preceded in death by parents, Theophil and Helen (Krueg) Ruff and infant brother.
To order memorial trees or send flowers to the family in memory of Vivian Pinnow, please visit our flower store.