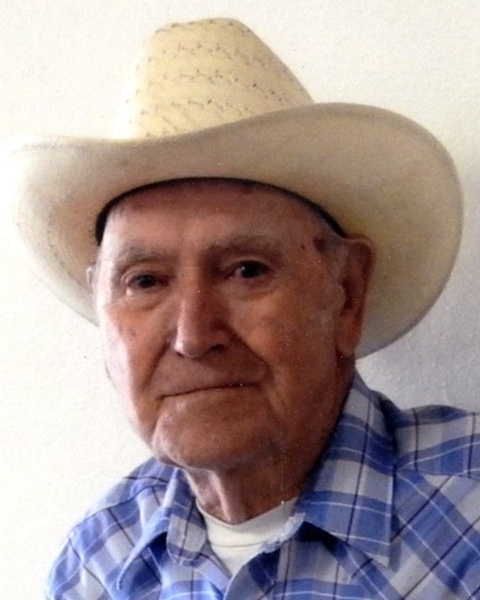 Funeral Mass for Walter Hanratty, 93, of Baker will be at 10:00 a.m., Friday, September 23, 2022 at St. John Catholic Church in Baker with Father Phillip Chinnappan celebrating. Burial will follow at St. John's Cemetery.

On a sunny Sunday morning, June 16, 1929 Thomas and Mattie (Phillips) Hanratty welcomed their last born, Walter, to join his two brothers and sisters at the family ranch northeast of Baker. Walter started school in Baker and then rode horseback to the O’Donnell School. He finished his education at the “school of hard knocks”, as he rather remain on the ranch.

Walter met his true love, Jean Stanhope, and they were married on September 25, 1950 in Miles City, MT. They were blessed with five daughters, only two survived. They endured almost 72 years of good and bad times. He welded and rough necked until an accident in 1987 that ended his oilfield work. Jean held down the fort during those times and Walt preferred working on the ranch with the cows, horses and chickens.

Walt enjoyed life in many ways. The ranch and all animals gave him joy. In his younger years he and Jean enjoyed square dancing. If able to get away Walt would go fishing. He really enjoyed his fishing trip to Alaska. Traveling to visit family took him and Jean to Minnesota, Wisconsin and Missouri. When he took time off he would go elk hunting and has quite the collection of elk teeth.

Walt’s faith was very important to him and was a member of the St. John’s Catholic Church in Baker. He was also a member of the Knights of Columbus for years. Walt was also a proud life time member of O’Fallon Historical Society and at the time of his death, the oldest native Bakerite at St. John’s.