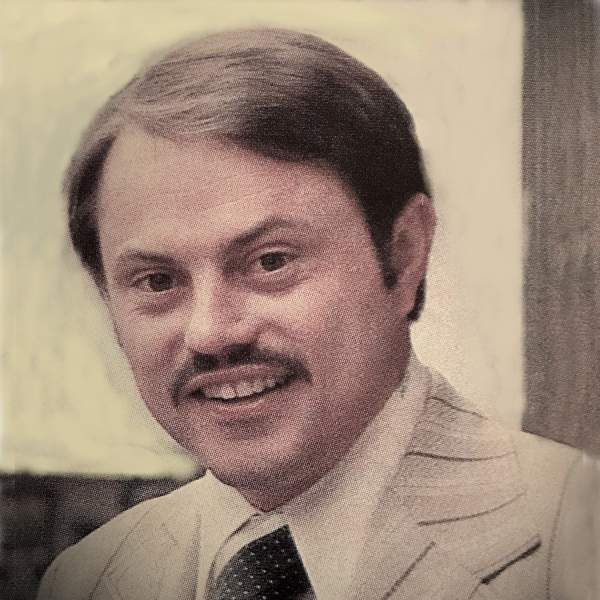 “Not everyone who lost his life in Vietnam died there.” The saying is true for CW2 William C. Ebeltoft. He died on December 15, 2019 at the Veteran’s Home in Columbia Falls, Montana. He died 50 years after he lost, in Vietnam, all that underpinned his life. He was 73 years old.

Everyone called him “Bill.” He was loved by the nursing staff who cared for him. He was loved by the fellow veterans with whom he lived; those he helped when he was able and entertained with funny German slang and a stint at the piano when he could. He was a virtuoso when playing “Waltzing Matilda.”

His small family loved him dearly. He was preceded in death by his parents, Paul and Mary Ebeltoft of Dickinson, North Dakota, whose devotion and care for their war-damaged boy was strong and unfailing. He is survived by his brother, Paul Ebeltoft, and the one he loved as the sister he never had, Paul’s wife, Gail. Both live in Corning New York. They will miss him every day. He is also survived by his nephews, Robert Ebeltoft of Brooklyn, New York and David Ebeltoft of Corning, New York. They both found Bill to be quirky, “old school,” soft hearted and generous. They valued their time with him and would have loved to have more, as would all who knew Bill well.

It is difficult to write about Bill. He lived three lives: before, during and after Vietnam. Before Vietnam, Bill was a handsome man, who wore clothing well; a man with white, straight teeth that showed in his ready smile. A state champion trap shooter, a low handicap golfer, a 218-average bowler, a man of quick, earthy wit, with a fondness for children, old men, hunting, fast cars, and a cold Schlitz. He told jokes well.

During Vietnam, he lived with horrors of which he would only seldom speak. Slow Motion Four, Bill’s personal call sign, logged thousands of helicopter flight hours performing Forward Support Base resupply landings, medical evacuations, exfils and gun ship runs. We know of him there mostly through medals for valor he received, and these were many. The following is quoted from but one of these, recording events that occurred on February 3, 1969.

While acting as aircraft commander of a UH-1H helicopter, WO Ebeltoft distinguished himself when his ship came under heavy automatic weapons while on a resupply mission for Company B, 1 Battalion, 52 infantry. While attempting to resupply B Company, WO Ebeltoft’s co-pilot became wounded. Realizing the importance of the mission WO Ebeltoft elected to attempt completion of the mission. Due to his superior knowledge of the aircraft, the helicopter was kept under control during the period in which the pilot was wounded and the ship was under fire. Remaining under attack from automatic weapons fire, the supply mission was successfully completed. While unloading the supplies, WO Ebeltoft received word that there were five emergency medical evacuation cases located 200 meters to his rear. WO Ebeltoft re-positioned his helicopter and picked up the wounded personnel. While evacuating the wounded, the commanding officer of Company B was injured. WO Ebeltoft again maneuvered his aircraft to enable evacuation of the injured officer. WO Ebeltoft then proceeded to evacuate all injured personnel by the fastest possible means. Upon completion, examination of the aircraft revealed that the craft had sustained nine enemy .30 caliber hits.

Bill got the medal, of course, but he would have been the last to say anything about it. The citation shows the type of man that he, and many of his brothers-in-arms in Vietnam were; and still are today, albeit battered hard and unfairly by the cruel winds of the times in which they fought.

After being discharged as a decorated hero, Bill had a rough re-entry into civilian life. It is not necessary to recount Bill’s portion of what is an all-too-common story for wartime veterans, particularly those of the Vietnam era. It may be sufficient to say that after a run at business, a marriage and while grappling daily with his demons, his mental faculties escaped him. Bill became a resident of the Veteran’s Home in Columbia Falls, Montana in 1994. He lived there for the next 26 years.

At the Home, the patina of his memory covered life’s sorrows, and it was a blessing. Bill was happy there, living a life that was a strange mixture of hunting stories, pickup trucks and memories of some of his better times with women, friends and the outdoor life. Bill denied that anyone he loved had died; could not understand why anyone would fill with gas at four bucks a gallon when “Johnny’s Standard sells it for 27 cents;” and still “drove” his 1968 Dodge Charger. He was unfailingly courteous. His largest concerns were making his smoke breaks and finding his wallet (a search of 26 years).

In the past year, Bill’s shaky grip on physical health also slipped through his fingers. Yet, despite this, what we loved in him remained, if only sometimes as a shadow. Even after his serious decline, suffering fractures because of falls, Bill would tell the staff that he was “just fine” and not to worry about him. Thin, hunched over, propelling himself with one foot, he would wheel himself into the room of a bed-ridden veteran and sit there, next to the bed, unspeaking. The nursing staff was certain that Bill thought that the man in the bed was lonely and needed company.

Bill was always a proud man, remembering himself as he was in 1969, not as he became. Who are we to suggest differently? His was not a life that many would wish for, but in some ways, Bill was a lucky man. He was surrounded to the end by staff who enjoyed and respected him. He had a chance to be helpful to others who were doing less well than he. And the passing of the seasons never diminished his plans for another elk hunt or to “see that beautiful girl again this weekend.”

When a small slice of reality penetrated his pleasant confusion, Bill struggled to understand why he was where he was. Prematurely aged, his worldly goods in a small dresser, not knowing who the President might be or remembering why he should care, Bill’s losses were greater than most of us could endure. Yet, to those who love him, his brother and his brother’s wife, and their sons, he will always be a brave, accomplished man, more generous than was wise, more trusting than was safe.

Remembrances can be shared directly with the family by email to paulebeltoft@gmail.com. Anyone who is so inclined is encouraged to donate to Stark County Veterans Memorial Association at P.O. Box 929, Dickinson, North Dakota 58602. A private service, through Stevenson Funeral Home and Crematory, Dickinson, will be held in the spring.
To order memorial trees or send flowers to the family in memory of William "Bill" Ebeltoft, please visit our flower store.