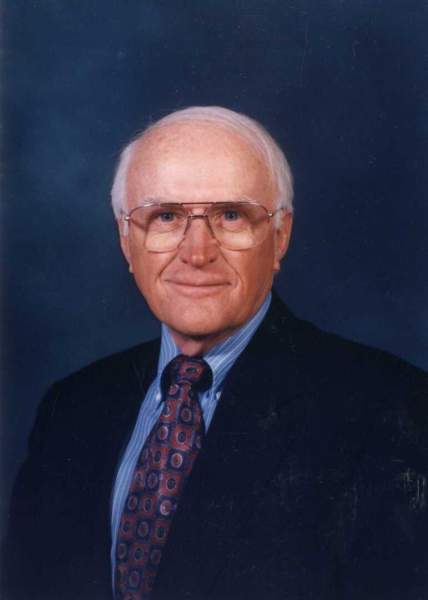 William (Bill) Kent Foster, age 89 Dickinson, ND, died on April 9 at home with family by his side after a short illness with cancer.

Due to public health concerns, no public funeral services will be held.

William Kent Foster was born June 30, 1930, to Alfreda Farr Foster and Fay Foster. He attended St. Patrick’s grade school and Dickinson High School, where he was a letter winner in basketball and football. He attended St. Thomas College and the University of North Dakota, where he graduated with a degree in speech. He worked at the college radio station and was active as an actor.

On Dec. 29, 1951, he married Kathleen Evelyn O’Hearn at St. Patrick’s church in Dickinson. Bill served as an Army infantry officer in Fort Benning, GA. After his time in the Army, Bill became an insurance adjuster and an owner of the Fisher-Foster Agency in Dickinson. His career progressed in the 70’s as a Vice President of First National Bank. After working at the bank for a decade, he worked as a realtor for several years before retiring.
During his career he was honored by the Dickinson Junior Chamber of Commerce as the “Young Man of the Year.” He was active in the community, serving on the Park Board for eight years and the City Commission for 13 years. Bill also volunteered with the local United Way, Kiwanis, the Dinosaur Board, Dickinson Development, Trinity School Board, the Library Board, the Red Cross, the Elks Club, Knights of Columbus, a member of the Dickinson Players, and served as the Chairman of the District 37 Republican party.

Bill loved to travel, ski, play bridge and hike. He had a great love for his wife and family and was an expert storyteller to his six children, grandchildren and great-grandchildren. He was always grateful to live in North Dakota.

A private family service will be held. Memorials can be sent to Trinity Catholic Schools.
To order memorial trees or send flowers to the family in memory of William "Bill" Foster, please visit our flower store.