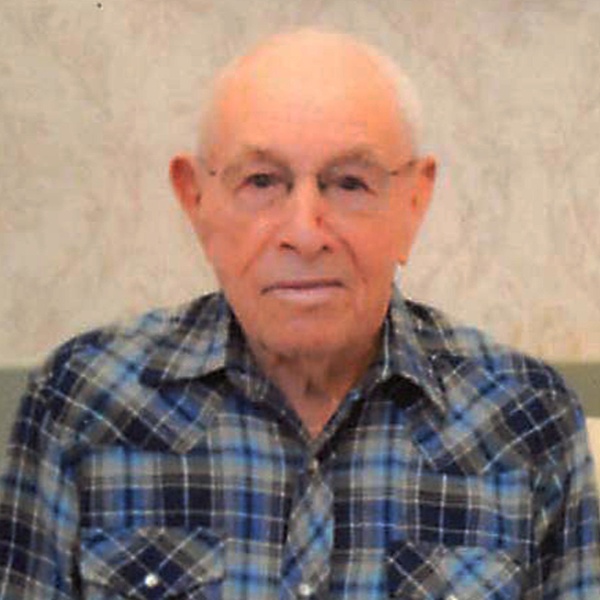 For those unable to attend, the funeral mass will be livestreamed on the Stevenson Funeral Home website. Scroll below William's obituary. The livestream will be available 10 minutes prior to the service.

William George was born October 9, 1923 in Dickinson, the son of Joe and Victoria (Sykora) Kubischta. Growing up, he attended school through the ninth grade. At the age of 21, William became a soldier, serving in the US Army during WWII. He was honorably discharged as a T/5 in 1946. After being discharged, William returned to Dickinson where he owned a gas station. William met and married his soul mate, Beatrice Polensky on October 12, 1950 at St. Patrick’s Catholic Church in Dickinson. Their marriage was blessed with eight children. Following the wedding, they moved to the Hanel farm northwest of New Hradec. In 1955, they purchased their own farm southwest of Manning. William enjoyed spending his time fishing, hunting, and playing cards. He loved spending time with his family, especially with his grandchildren. William was always willing to give a helping hand to all of his neighbors. He was a member of the KC and St. Patrick’s Catholic Church. The family would like to thank the staff and residents at Benedict Court for making William feel like family.

He was preceded in death by his parents, Joe and Victoria Kubischta; wife, Beatrice; brothers, Jim, Ludwig and George Kubischta; sisters, Dorothy and Marie; sons-in-law, Richard Dvorak and Al Zins.
To order memorial trees or send flowers to the family in memory of William Kubischta, please visit our flower store.

Rosary and vigil service will begin at 6:00 p.m.