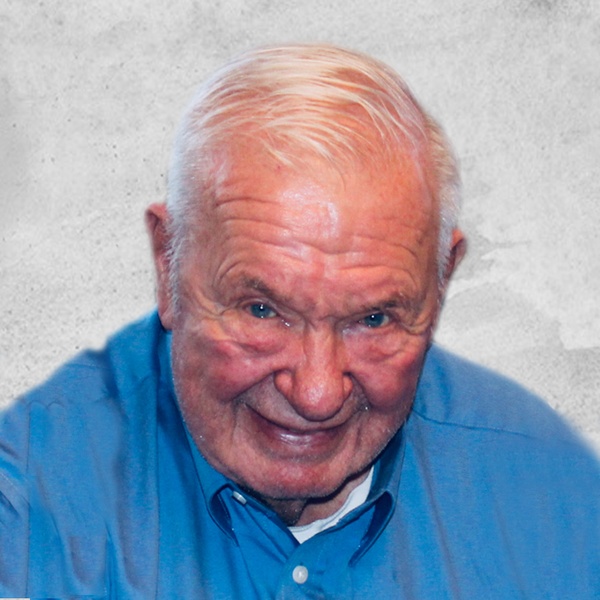 Funeral Services for William “Bill” Randash, 89, of Baker will be 10:00 am, Monday, May 24, 2021 at the American Lutheran Church with Pastor Scott Kiehn officiating. Burial will be in the Bonnievale Cemetery with Military Rites by the Baker American Legion Post.

Visitation will be on Sunday from 2:00 pm to 4:00 pm with a Prayer Service at 4:00 at Stevenson Funeral Home in Baker. Visitation will continue one hour prior to the service on Monday at the church.

William Lawrence Randash entered everlasting life on May 16, 2021. He was born October 8, 1931 in Beach, ND to George and Pearl (Hartse) Randash. They lived in Caryle, MT where his father operated the elevator. When Bill was 5 years old, the Dust Bowl hit and his parents, baby sister, grandfather, and aunt all moved cross country to Portland, OR in a Model A car looking for opportunity. In 1945, at the age of 14, the family returned to Baker MT and his father opened Randash Motors. The dealership was a family business of three generations, operating for 59 years from 1945-2004.

Bill worked summers at the Schafer Ranch in Rhame until his graduation from Baker High School in 1949. That summer he drove a gravel truck as part of the project to build the road between Baker and Ekalaka. In the fall he enrolled at Montana State University. He graduated with a Mechanical Engineering degree in the spring of 1953. He was hired by Allis-Chalmers and moved to their headquarters in Milwaukee, WI. One year later he was drafted into the army. He completed his basic training at Fort Ord and was stationed in Sarin, France with the 76th Transportation Company. After discharge from the army he returned to work for Allis-Chalmers in the Service and Erection Department. Reaching two stories tall and occupying the size of a large room, he had the responsibly to oversee installation of powerhouse steam engines with the precision of 1/32nd of an inch.

In 1961 Bill returned to Baker MT and purchased his Uncle Ed Randash’s share of Randash Motors and joined his father, George in the Dodge/Chrysler/Plymouth dealership. In the genuine interest to help individuals purchase a vehicle, Bill was known to make a few obscure trades (a horse, cords of wood, a steer, and rifles). Show days were always a main event for the business, the family, and the community. The newest models of cars were showcased for the community and Bill could always count on Phyllis to pull together a full fledge feed to compliment the occasion.

He and his wife Phyllis made Baker their life long home raising their four children to cherish family, understand the value of a good day’s work, and relish great times with friends. Bill and Phyllis were active members of the Baker Chamber of Commerce, the Jaycees, and the American Lutheran Church. They were instrumental in the development of Fallon County’s first golf course and served as co-presidents for the facility. Bill was a member of the Fallon County Fairboard for many years and came out of retirement to serve as a Fallon County Commissioner for 8 years. He was instrumental in the construction of the new fairgrounds grand stands, the Iron Horse Park/Splash Pad, and an advocate of Fallon County EMS.

Bill had a curious mind. He enjoyed the daily crossword puzzle and suduko. He was an avid reader and an animated storyteller. These characteristics made him a great teacher.

While a main street business man, who was always mechanically inclined, he had a real fondness for the farm life. He was in his element when putting up hay and raising a few cattle. Horses were a hobby that he and Phyllis shared with their children. Whist and pinochle were other pastimes that Bill nurtured in his family. In his later years, he enjoyed the ribbing, competition, and friendships made playing cards at the Men’s Club.
Bill was always genuinely interested in people and quick to form friendships. Friends and family were his priority. He was the biggest supporter of his kids and grandkids following their many activities.